How to choose the best second passport

Obviously, there is a distinction between these two things, and often this can be blurred in the media. So, for the sake of clarity:

When you look at it this way, there is obviously a difference in the value of citizenship versus the value of a passport, and that’s what I want to explain. Every year, a number of people in the passport sales industry come out with their own index, along the lines of “Best passports in the world.” Maybe Germany heads their list because you can travel to 177 different countries visa-free, but whichever country it is, the media runs with the story, and suddenly Germany is the best citizenship to have.

Now I think that’s a little misleading, and let me tell you why.

These rankings are built on the most basic of indices, which rank countries using the highest number of visa-free travel options. Naturally, Germany will come out on top, then you end up with 25 different countries tied for the top eight or nine spots, all basically allowing you access to more or less the same places.

When you compare the European Union, Canada, Australia, the U.S., and Singapore, with the exception of some very minor details, there’s not a lot of difference in where you can go using each passport. Truly, how much difference is there between the travel options with a Swedish or Polish passport? Does the German passport offer so much more than a Canadian one?

What else can you get?

Personally, I think it’s important to figure out which citizenship is actually best for you, especially when it comes to a second citizenship.

I get a lot of people coming to me who are U.S. citizens. They say, “Andrew I don’t plan on renouncing my U.S. passport, but I’d like a backup; I’d I like a plan B.” For these people, the number of visa-free countries they can go to probably doesn’t matter, because you can’t do much better than the U.S. passport there.

On the other hand, U.S. citizenship isn’t necessarily the best citizenship out there. Being a U.S. citizen means that you have to pay tax on your worldwide income, you’ve got to file FBARs, and you’re subject to the FCPA and other regulations on U.S. citizens abroad.

Being a U.S. citizen isn’t all it’s cracked up to be. Quite frankly, I’d much rather be a citizen of a country with a B+ passport without all those restrictions than be a citizen of the United States, which has an A passport but comes with a lot of baggage.

What else can your second passport offer you?

If you’re looking to get a second passport, the most important thing (if you’re already a U.S., Canadian, or Australian citizen) isn’t where you can go but what else that passport has to offer. So what I look at when I’m considering different passports is not only where I can go with it but where can I go with it in relation to the passports that I already have.

So if you’re a U.S. citizen, having a passport that also gets you into the European Union may not be that important; you may want to add other countries you don’t already have, like Brazil. I’m going to Brazil this year, and I won’t have to bother getting a visa because I won’t be using my U.S. passport to go.

Can you have dual citizenship?

Another important factor is the issue of whether a second passport allows you to have dual citizenship.

I had a guy who worked for me who was Austrian. He was entitled to get Polish citizenship, and he was also going to live in a place where he could get another citizenship. However, Austria severely limits dual citizenship, so the question was, “Would you rather be Polish and something else or just Austrian?” In my opinion, it’s always better to have more than one citizenship if you can. In my mind, even though Lithuania or Singapore offer very high-ranking citizenship, the fact that they severely limit dual citizenship brings them down a peg.

So I would much rather have a slightly “lesser-quality” passport than one from countries that just have excellent visa-free travel, because I want the ability to have dual citizenship.

What specific advantages does citizenship of another country give you when travelling? As some of you will know, being an American can present challenges in a small number of countries. Some places don’t want to give you visas or may give you a hard time, countries that might not give you such a hard time if you were from somewhere like Romania. Maybe the Romanian passport is less attractive when it comes to the advantages of visa-free travel, but there are certainly fewer people picking fights with Romanians.

I guess what I’m saying in summary is that there are a lot of different factors to consider when it comes to what makes the passport of a country attractive. And, more importantly, there is no one-size-fits-all factor as to which country offers the best citizenship.

So what we’ve decided to do here at Nomad Capitalist is produce the Nomad’s Passport Index, using five different factors:

And that’s why we’re creating this index — taking into account five different weighted factors, with travel as the most important, tax obligations next, and the other three being roughly equal. Because the perception of your country does matter. An Israeli passport is a great passport, but there are now 16 different countries you can’t get into with it. And, if you’re ever flying in a plane and there’s a problem, you know, I’d rather be Slovenian than American or Israeli.

There are so many different factors that go into figuring out which passport is best, and merely looking at visa-free travel doesn’t cut it. 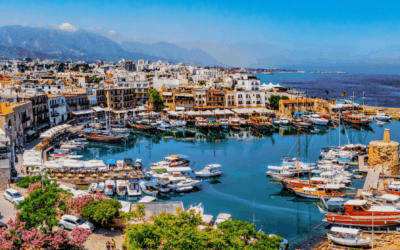 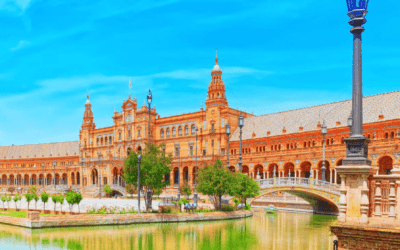