10 years ago, Oprah invited her viewers to take off their shirts and examine their bodies.

It turned out that more than 8 in 10 women were wearing the wrong bra size.

You might be wondering what bra sizes and Oprah have anything to do with Nomad Capitalist and the topics that we cover.

I have also found that about 8 out of 10 people who are interested in offshore strategies misdiagnose the solution to their needs.

Every day, I receive emails from people trying to get passports in parts of the world that they wouldn’t stand a chance of getting into, but are sure that their pre-determined countries are the best and only option for them.

While I recommend Paraguay as an excellent option for a second residency, that advice only applies to some people. If you’re coming from South Asia, the Middle East or Africa, it’ll be much better for you to look at a European country.

Another inquiry that I often get — due to experts on the web and in the mainstream media promoting it — is about investing in Puerto Rico over more favorable offshore locations.

Notwithstanding Puerto Rico being in shambles and the fact that it’s a US territory, people are still interested in investing in the debt-ridden commonwealth due to specific tax savings for living and investing there.

Under two tax laws enacted in 2008 (known as “Acts 20 and 22”) there are minimal to zero taxes on interest, dividends and capital gains in Puerto Rico for mainland US citizens, and even emigrants to the US who grew up in Puerto Rico. Additionally, Act 22 offers a low, flat 4% corporate tax rate. To be able to qualify for these laws, you have to live in Puerto Rico at least 183 days out of one year.

The world took notice of these incentives when hedge fund billionaire John Paulson began investing in the island and dubbed it the “Singapore of the Caribbean”. By the end of 2015, he will have invested $1.5 billion into real estate investments in Puerto Rico. In fact, hedge funds now own half of Puerto Rico’s $70 billion debt. My own colleague, Peter Schiff, has taken the steps to move his own financial companies in Puerto Rico.

If you have your own multi-billion dollar hedge fund, Puerto Rico might be a good option (although I still think it’s worth looking at other options), but for most other purposes it won’t be.

Is investing in Puerto Rico right for you?

Firstly, as I’ve pointed out before, it’s important to note that moving to Puerto Rico really isn’t an offshore strategy. Rather than comparing a US territory to sovereign nations like the Dominican Republic, Panama or Nicaragua, it makes more sense to compare Puerto Rico with low tax states like Delaware, Wyoming or Nevada. While moving to one of those places might be relatively beneficial to your business as compared with tax heavy New York or California, you’re still not escaping the laws of the federal government.

The United States still governs Puerto Rico, and while the rules in the territory are favorable to businesses today, they can be changed at any point.

In fact, the US government already has a history of going back on business incentives on the island. Up until the 1990s, US companies had the ability to operate in Puerto Rico tax-free, when those initiatives were costing the US Treasury billions of dollars in taxes, Congress overwhelmingly repealed the legislation that made Puerto Rico’s tax status possible (ultimately leading to an economic crash).

Democrat Charles Schumer and Republican Charles Grassley have already advocated ending Act 22, and the IRS has intensified investigations of American citizens who have relocated to Puerto Rico. It hardly seems like the place to go for someone looking to avoid the reach of the US government.

In an analogous situation, the British government overthrew the government of Turks and Caicos, one of its overseas territories, in 2009 and added an 11% value added tax. In a sovereign country you won’t have to deal with this.

Finally, as these tax benefits are only open to US residents, Puerto Rican locals are getting the shaft (in fact their capital gains taxes are being raised). Even if Washington doesn’t end these benefits, expect the locals to get fed up sooner than later and vote in a party that will make a change.

Ultimately, what’s most important is that these tax breaks were never part of a sustainable, long term growth plan like ones that countries such as Singapore and Hong Kong have implemented, but rather a way to attract capital when the territory was in a financially desperate situation. Because of this, investing in Puerto Rico should not be viewed as a long term, sustainable solution.

The downside for investors in Puerto Rico

The most recent news showing that Puerto Rico is a questionable option for business owners is that Wal-Mart, the island’s top private employer, is now suing the government of Puerto Rico over an increase in their import taxes (more than doubling the import fee for companies grossing over, which is a pretty narrow definition). With this increase, 91% of Wal-Mart’s Puerto Rico profits will now be taken away, making it unprofitable to continue serving the island.

The law was solely aimed at businesses earning over $2.75 billion a year, making it clear that they were targeting a very small number of businesses. For a place struggling with unemployment, targeting and almost driving out the largest employer in the territory smacks of desperation. A desperate territory that’s part of a desperate country is not the best place to do business.

While investing in Puerto Rico may make sense for the John Paulsons of the world, it really is a questionable option for anyone else.

In fact, I’d say more than eight out of ten who want to relocate there would be doing so for the wrong reasons.

Moving your business and investments to an offshore location is something that pretty much everyone SHOULD do, but to move to the correct place for your needs, it’s best to enlist the help of experienced professionals.

If you’re ready to invest and understand the importance of utilizing others’ expertise, fill out our application to see if you are eligible to be one of the few who receive one-on-one consultations with me each month.

How to Invest in Real Estate Overseas: The Ultimate Guide 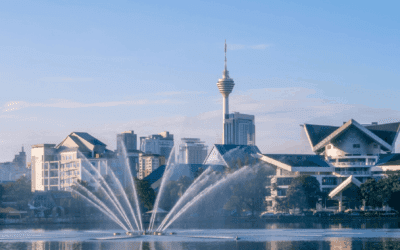 The assumptions you made and the lessons you learned twenty years ago are long out of date.  Think... 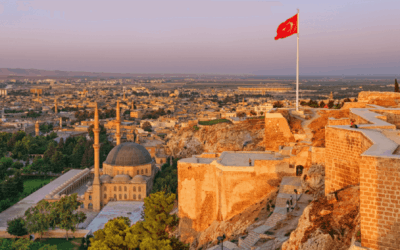 Dateline: Kuala Lumpur, Malaysia A decade ago, I visited Istanbul in Turkey. I said it was...