Turkey has long served a bridge between Europe and Asia, and in many ways, the country still is. Its largest city of Istanbul is the only one in the world spanning two continents and the country remains a safe haven compared to many of its neighbors.

As ISIS/ISIL spreads throughout the Middle East and countries such as Pakistan, Iraq and Syria become increasingly unstable, safety is a growing concern throughout the region.

It’s well known that many wealthy Chinese and Russians are buying up homes in countries such as United States, Canada, and Australia in case they ever need them. Very similarly, lots of wealthy individuals from some of the Middle East’s more unstable regions have a backup plan waiting for them in Turkey.

While the country faces some issues, namely political uncertainty along with the occasional bombing, the fundamentals are still strong and Turkey’s real estate market is, if anything, benefitting from recent world events.

The future of the European Union is somewhat uncertain and with its members arguing and bailing each other out, the fact that Turkey is not a member is probably to its advantage. Growing tension in the rest of the Middle East is also benefitting Turkey.

Both of these trends seem like they will continue for the foreseeable future, and because of that, the country’s economy and real estate market should continue to see an inflow of capital that will benefit those owning property today.

While Turkey is a rather large country of around 70 million people and the country has a wide variety of different places to buy property – whether in a smaller city or a beachside resort – Istanbul will not only be the most direct recipient from Turkey’s economic growth, but it also has staying power.

Condos being built in resort towns especially have a lot of their advertisements targeting foreigners. After all, if you like vacationing in the seaside town of Antalya, why not live there?

For investment purposes, however, tourist locations are very subject to being the “flavor of the month”. Turkey, along with the Mediterranean region as a whole, has a huge amount of seaside locales – it’s just a matter of where people choose to live and develop into a tourist area.

This reason, among several others, means that it’s better to focus on buying property in Turkey in a city with an actual economy and if possible, a geostrategic location. Istanbul (and to a lesser extent, Turkey’s capital of Ankara) definitely has both of these things.

Foreigners are able to own real estate in Turkey such as land as well as apartments, and Istanbul lets property buyers take full advantage of this with its large variety of homes. From tall condominium buildings to huge mansions overlooking the Bosphorus Strait, Istanbul has it all.

Istanbul is home to the regional headquarters of several large international and it is the industrial and manufacturing hub of Turkey, is a growing Islamic Banking center and is a frequently visited tourist destination in its own right.

Because of this, real estate in Istanbul has great potential for capital appreciation – however, it may be better to try another country in the region if you’re after rental yields. Average yields in the city hover around 5%, and there are better options in some of Europe’s other countries such as Poland and Hungary.

There’s more happening on Istanbul’s European side than on the Asian side, which is more laid back. The Levent is Turkey’s growing financial district, and Taksim Square serves as a transportation hub, although the area is rather touristy. 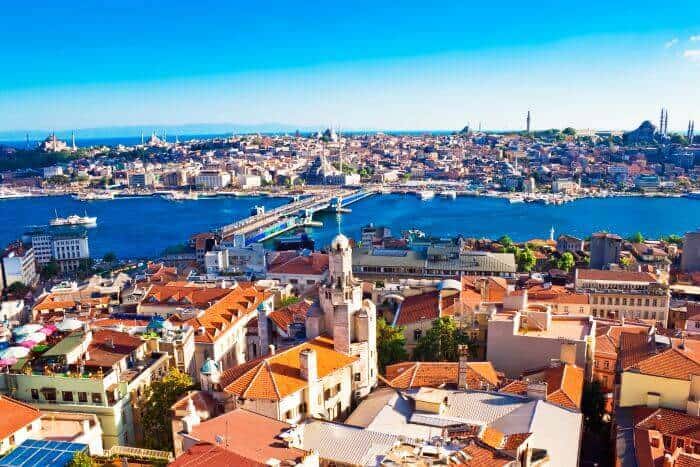 In addition to being an investment destination, Turkish residency is rather simple to obtain and will allow you to obtain citizenship five years later, subject to living in the country for that period of time, learning the Turkish language, and having “taken actions showing you intend on settling in Turkey”.

A Turkish passport allows visa-free travel to 100 different countries, including practically all of Latin America. While you’d still need a visa to enter the European Union, there are talks about changing this. Five years from now, it’s very likely that a visa will no longer be needed.

Turkey also taxes its citizens based on residency, not citizenship. Unlike the United States and several other countries to a varying extent, the Turkish tax authorities don’t want their cut if you’re not living in the country and taking advantage of its infrastructure and services.

Foreign property, in general, allows a great amount of benefits from wealth preservation, to extra income, to being a gateway to residency and citizenship. The Foreign Real Estate Guide will have information for international real estate buyers no matter what their goals may be.

Those willing to invest globally have global options, and there are a lot of countries to buy property in – many of which are likely more profitable than wherever you’re from.

Reid is a graduate of Thailand's top business school, speaks fluent Thai, and splits his time between Bangkok and Phnom Penh. He is the manager of a boutique fund called InvestAsian that invests in Cambodia real estate.

Investing in Myanmar: The Ultimate Guide

I have been interested in Myanmar as an investment frontier for some time, but it was not until...

Dateline: Kuala Lumpur, Malaysia Recently, I attended a talk by a financial guru who specializes... 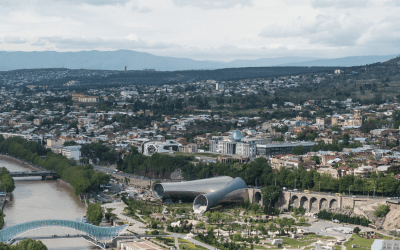 Dateline: Kuala Lumpur, Malaysia Four years ago, I was sitting at a cafe after meeting an...