These aren’t your average offshore bank accounts. But yields are high. How high? Up to 20% high. Of course, these high emerging market interest rates come with serious caveats: concerns about bank stability, troubled foreign currencies, and even the Mafia stealing your money.

Of course, I’m a big fan of emerging markets and do believe in the safety of banking offshore — sometimes even in emerging markets. You just have to do your own due diligence and decide how big of a risk you’re willing to take for huge yields.

Just a little note: I decided to exclude countries in which you can’t actually open a bank account, such as Iran. Sanctions and all. Iranian banks pay 20% yields… but the flip side is sky-high inflation.

Likewise, Argentina is excluded thanks to its capital controls and the fact that the country is run by a psychopath. 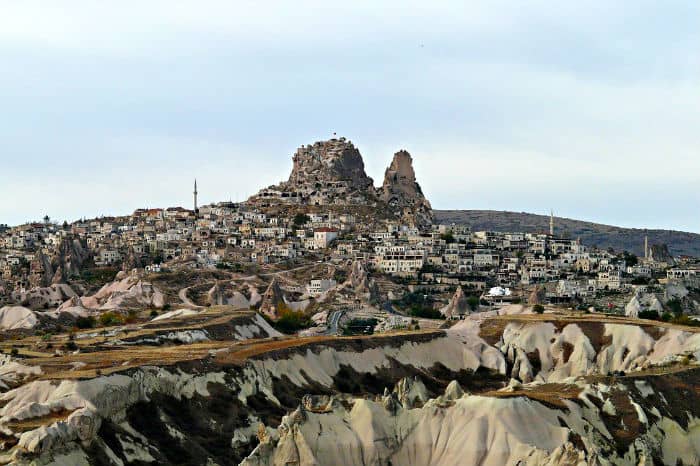 Turkish banks pay some of the world’s highest interest rates, largely on concerns over the Turkish lira’s stability

The Turkish lira has taken quite the beating lately. And political ridiculousness — like the Prime Minister trying to shut down Twitter — haven’t helped the overall image of Turkey, either. Turkey is home to the second-largest current account deficit among emerging nations, which isn’t helping its currency stability.

However, Turkish banks are paying some of the world’s highest interest rates these days in order to attract deposits in Turkish lira. The concern is that foreign investment into Turkey could dry up and leave the country with no choice but to devalue the lira. It’s a story that’s happened before.

If you’re ready to take the gamble, you can earn up to 10% on Turkish lira-denominated online savings accounts, or 8-9% on general term deposits. The good news is international banks like HSBC offer accounts in Turkey, as do regional players like Garanti, so you should have less to worry about in terms of bank stability. 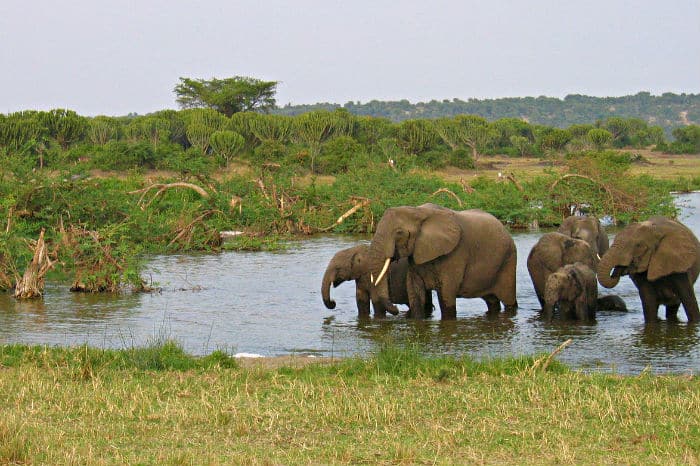 Advantages: Multi-currency accounts, including US dollars
Disadvantages: Corruption and instability

Can you name the currency of Uganda? I couldn’t. But if you’re willing to hold some of your assets in (spoiler alert) the Uganda shilling, you can earn a cool 12% annual yield. Uganda, one of sub-Saharan Africa’s smaller countries, has an interesting place on the map.

To its west are some of Africa’s largest failed states, such as the Democratic Republic of the Congo and the struggling new nation of South Sudan. However, to the east are Kenya — which is trying to reinvent itself as an offshore financial center — and Tanzania.

Deposit some cash in Uganda shillings and you’ll earn 12% on a one-year term deposit at the Bank of Baroda. The bank is actually a state-owned bank of India and the second largest bank there. They even have branches in New Zealand.

The bank also opens US dollar accounts, paying 2.5% interest on one-year or longer CDs. That may sound appealing, but there are better, more stable yields out there for US dollar deposits. 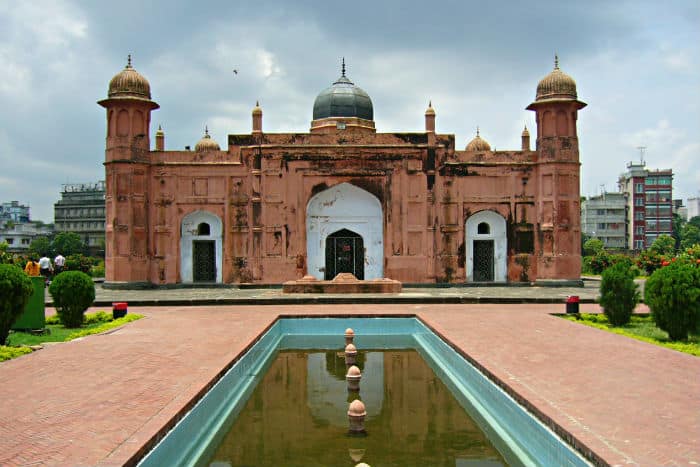 Bangladesh is about as frontier market as it gets. Just last year, international groups inspected the country’s factories after a huge incident that killed more than 1,000 textile workers.

Yet, some of the world’s largest brands still manufacture there as they address safety concerns in factories. Workers earning $125 a month consider themselves fortunate in a country where farming has had its ups and downs. Just this month, Bangladesh tea prices plunged on concerns over the quality of the tea leaves.

Despite its relatively small size, Bangladesh is one of the top ten remittance countries in the world. It is also one of the most densely populated countries, having broken away from India with a small piece of land years ago. And, currently, banks in Bangladesh are paying annual interest of up to 12% to attract capital in the local currency, the Bangladesh taka.

You can open an account at an international bank with less than $1,000 if you are able to do their paperwork in your home country. 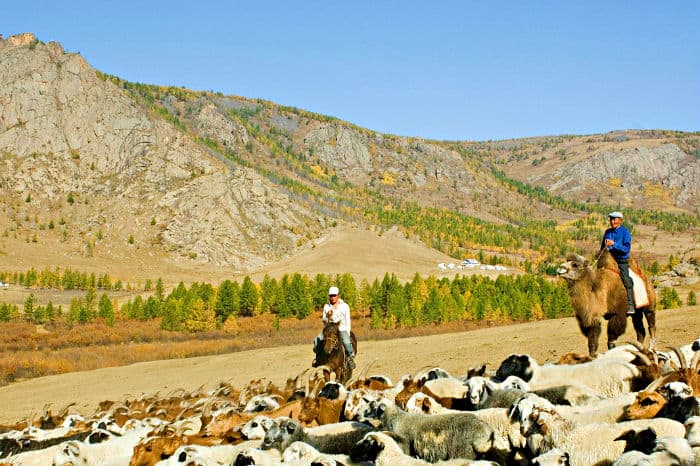 Mongolia has long been discussed as the home of some of the world’s highest interest rates on savings. However, the currency has taken a huge slide lately.

Advantages: Surprisingly stable banks for the region, ability to deposit in US dollars
Disadvantages: Currency has been crushed, political risks, possible asset bubble

I’ve often compared the idea of Nomad Capitalist to the nomads on the steppes of Mongolia. These nomads follow the herd, going where conditions are best. For some time, Mongolia was a place that treated investors and their capital well.

Just a year or two ago, Mongolia had the world’s highest GDP growth, nearing 20%. Huge mines were unearthed with plans to make the country one of the richest on earth by supplying neighboring Russia and China with raw materials.

While GDP growth is still high, those plans have largely faltered due to political populism and a resources slowdown. Furthermore, the local currency — the Mongolian tugrik — has taken a bath, dropping 50% from its perch a year ago.

Likewise, foreign investment into the country has dropped by more than half. However, depositors can earn annual yields as high as 16.1% in Mongolian banks. Even 30-day CDs earn close to 8%. Not bad for an account that takes all of $11 to open.

To be honest, Mongolian banks are more stable than you might expect for such a frontier market. Liquidity is decent. Goldman Sachs actually owns a small share of one of the “Big Four” banks. And, with one bank, you can actually open an account from home, although the paperwork can be tedious and service is weak.

If you’re afraid to move your money into Mongolian tugrik for fear of further currency devaluation, many Mongolian banks accept US dollar deposits at 6-7% annual yields, or Chinese renmibi deposits paying 3% a year. 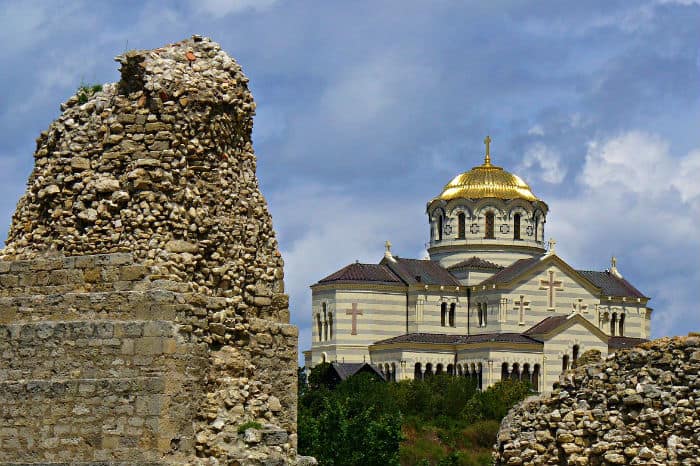 Ukrainian banks offer the world’s highest interest rates short of sanctioned nations like Iran. However, there are two big catches.

If you’re willing to put up with the hassles of banking in Ukraine, you can avail yourself of some of the highest bank interest rates on the planet. No other country in Europe even comes close. How would you like a 20% yield on a three-month CD? Or a 17% yield on a one-month CD?

Ukraine was paying ultra-high yields even before its run-in with Russia over Crimea, and now yields are higher. Although, 20% in a term deposit doesn’t look too good compared with the 32% yield on government debt. Who worries about sovereign default, anyway?

Unfortunately, there are two major problems. First, Ukrainian banks are often fronts for money laundering. Mafia figures come in, buy up banks and wring them dry.

That’s why I recently suggested Ukraine was one of five offshore banking jurisdictions to avoid. My Ukrainian friends tell me you’ll be lucky to ever get your money out — even if you travel to the local branch to request it, you’ll get a string of excuses.

The second problem is the continued decline of Ukraine’s currency, the hryvnia. As tensions in the region mount, the hryvnia has hit all-time lows against the US dollar.

The hryvnia long traded at 8:1 against the dollar, then briefly slid to 10:1 during the Crimea standoff. Now, it stands at 13:1 with virtually no liquidity in the market. There may be blood in the streets, but Ukraine is one high-interest-rate country I have tightened my stance on. Avoid it for now.

Do I recommend you deposit your money into these high-yield bank accounts? Not unless you understand the risks involved. In my opinion, there are safer alternatives in slightly more developed countries for those chasing yield.

If you’re the truly adventurous type, I do recommend starting a business in one of these frontier markets. For example, a friend of mine in Southeast Asia runs a “bank” of his own, lending money out to farmers at ridiculous interest rates.

In the end, the bottom line is that you can do a lot better with a moderately successful business in an emerging market than hanging your hopes on these interest rates.