The 5 most chilling predictions for the US dollar collapse

The US dollar is in bad shape. Having lost 97% of its purchasing power in one hundred years, it’s easy to argue that the dollar has suffered a slow but steady collapse.

And many financial experts claim this is only the beginning. In an era when central banks are printing money to infinity and racking up debts like never before, something has to give. For those in the know, the question isn’t if the dollar will collapse… but rather, when.

As the United States plays a less and less significant role in the world economy and countries like Russia and China threaten to replace the dollar as the global reserve currency, here are five of the most chilling predictions about the future of the dollar.

The 5 most chilling US dollar collapse predictions 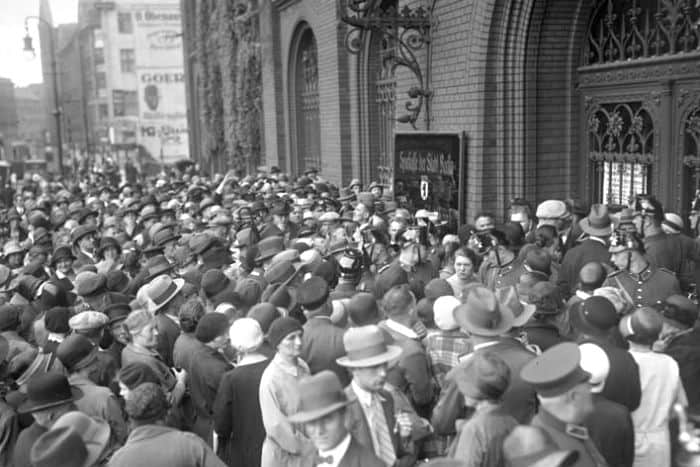 One economist called for a bank run over the weak dollar. (Image: Georg Pahl)

5. Harvard economist starts a “bank run” over dollar collapse fears
Classical economist and Harvard professor Terry Burnham told the world that he was withdrawing $1 million from his Bank of America checking account because of the negative consequences Ben Bernanke and Janet Yellen have had on the US dollar, and is trying to start a bank run by getting others to do the same.

He claimed a dollar collapse is also underway because the Fed’s manipulations had two adverse effects on the currency: decreasing overall wealth by distorting markets, and redistributing wealth from unsophisticated investors to the political elite through the currency.

Burnham said he couldn’t stand getting paid zero interest by Bank of America anymore, and didn’t trust them to keep his money safe. At zero interest, he was losing tens of thousands of dollars in purchasing power every year due to inflation, while his well-connected bank benefitted. 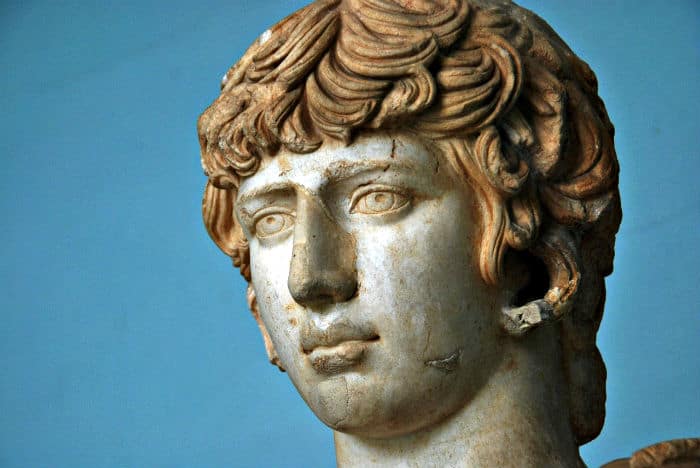 The economic collapse in Greece will look like a picnic compared to what’s coming for the dollar, says Donald Trump.

4. The US dollar collapse will be worse than the situation in Spain or Greece
Billionaire Donald Trump says the dollar is on the edge of economic ruin, and an economic collapse is the only remedy. He painted an ugly picture of the US economy during an appearance on Fox News. In fact, he issued a warning to Americans to prepare for “financial ruin”.

Trump claims the United States is no longer a rich country because rich countries don’t borrow money. In the interview, Trump claimed that the US is becoming a third world nation forced to borrow money and issue debt. Trump also suggested an answer to the question “When will the us dollar collapse?”, saying that when US debt hits the $21 to $22 trillion mark, things will get much, much worse. 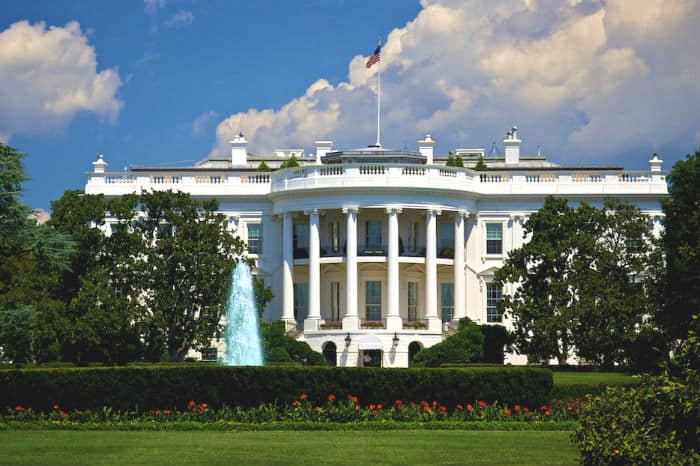 3. Even the US government will stop using the dollar
Jeff Berwick, editor of The Dollar Vigilante, predicts that things will get so bad that even the American government will view their own dollar as toxic waste. He says the average American is in “la la land” obsessing over TV shows or the next Presidential race. He says what just happened in Ukraine could easily happen in the United States.

And while Ukraine saw their currency crisis coming for some time, the US dollar collapse could happen overnight, he says. Berwick says the US is “turning a corner” and headed for total financial ruin as early as “this year”, and quotes Jim Rogers who says “there is no paper money in 2014 and 2015 that’s going to be worth much of anything.”

Berwick often predicts the “end of the monetary system as we know it” and claims that, once all of the capital controls have been implemented and the US government starts confiscating assets to pay creditors like China, it will not even accept the tainted US dollar. 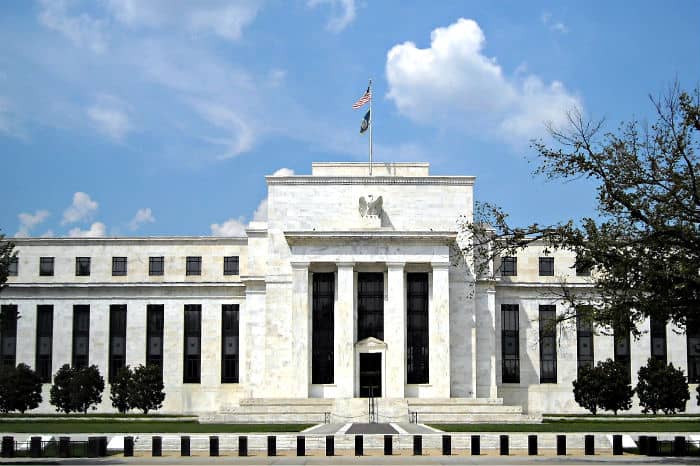 Jim Rickards says the US dollar collapse will be the chief outcome of the global currency wars. (Image: Agnostic Preachers Kid)

2. Federal Reserve insolvency will cause a 90% drop in the dollar
Financial expert and author of Currency Wars Jim Rickards believes the “international monetary system is headed for a collapse.” Rickards sets the record straight on what an “economic collapse” is, saying it doesn’t mean we all go live in caves. In fact, he says, we’ve seen three economic collapses in the last one hundred years.

In his new book, Rickards suggests the dollar will see the worst of the next economic collapse as part of the “death of money”, lamenting that “we are on a global dollar standard”. He says a fiat currency standard can work, but only if countries inject confidence into the system and welcome business with open arms. Of course, neither of those factors exist in the United States.

Among Rickards’ chief reasons for predicting a dollar collapse: quantative easing, a “lousy business environment”, high taxes, and low growth. He says that dollar-euro swaps from the Fed will make the next collapse much bigger than the last one. 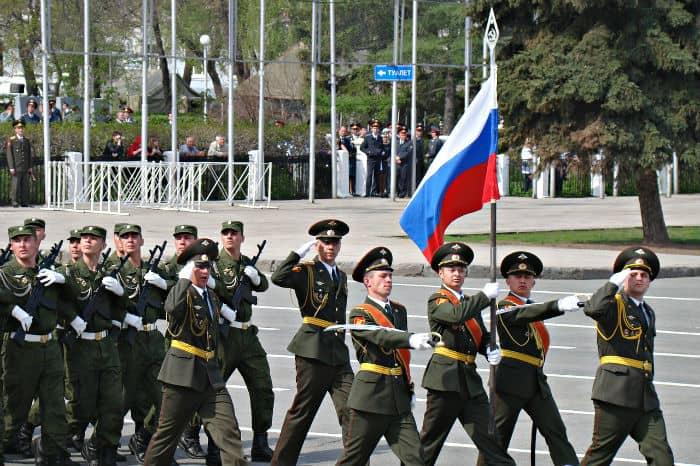 One Russian lawmaker has proposed banning the US dollar, fearing its inevitable meltdown.

1. Russia will ban the US dollar
Russian legislator Mikhail Degtyarev has likened the US dollar to a “worldwide Ponzi scheme“… one he has claimed will end with the collapse of the dollar in 2017. He submitted a bill to protect Russians against the “collapsing US debt pyramid”, saying growing rates of US debt would cause a US dollar collapse if spending isn’t remedied.

Degtyarev’s bill would ban US dollars from circulating in Russia and forbid private citizens from holding Russian bank accounts in US dollars. Those with dollar-denominated accounts would have to convert their accounts to other foreign currencies (his bill would not ban the euro, pound, yen, or renmibi). However, Degtyarev has proposed some wacky bills before, such as offering “menstruation leave” for women in the workplace.

While the bill acknowledges the weakness of the dollar, it’s also rather authoritarian: anyone caught holding dollars would have them seized and reimbursed in rubles… thirty days later. However, the bill would not forbid Russians from holding offshore bank accounts denominated in dollars or buying goods priced in dollars online. And, like any good law, the government would be exempt.

Of course, these are just a few of the best predictions about the dollar. Others, from Charles Goyette to Charles Nenner, have said the currency’s days are numbered. 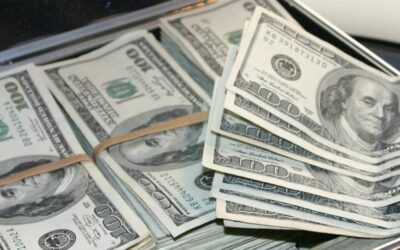