Who would have thought that bankrupt governments would get so many benefits out of drug dealing, terrorism, and money laundering?

For decades, people around the world protected their money and their identities from their home governments by using anonymous and numbered offshore bank accounts.

Back in 1997, Fortune magazine ran an article about the famous Swiss numbered accounts where folks could deposit $100,000 and pay about $300 a year in fees to enjoy the benefits of bank secrecy with a numbered Swiss account. The writer suggested that “cloak-and-dagger secrecy doesn’t come cheap.”

By today’s standards, those numbers are indeed quite cheap. Thanks to years of aggressive action against Swiss banks by the United States, Swiss banks are reluctant to take customers from the US or any number of other Western countries with aggressive governments.

For example, a banker I know of in Belize charges Americans a $250 annual fee just to pay for his FATCA compliance. That’s in addition to the minimal monthly fees he charges everyone.

Americans can open a Swiss bank account, but the fees are steep… and there are only one or two banks that actually want them under even the best of circumstances.

On top of that, most Swiss banks require nearly 1 million Swiss francs just to walk in their door. Anything lower and you should consider yourself lucky.

Americans receive none of the bank secrecy privileges that come with banking in Switzerland. The Swiss financial sector has waved the white flag and agreed to disclose information on all US persons who bank there. So, even if you could open an anonymous bank account, it wouldn’t do you any good.

Being an American (or European, or even Australian) puts you in a terrible position when it comes to any kind of banking secrecy.

So, do anonymous and numbered bank accounts still exist? 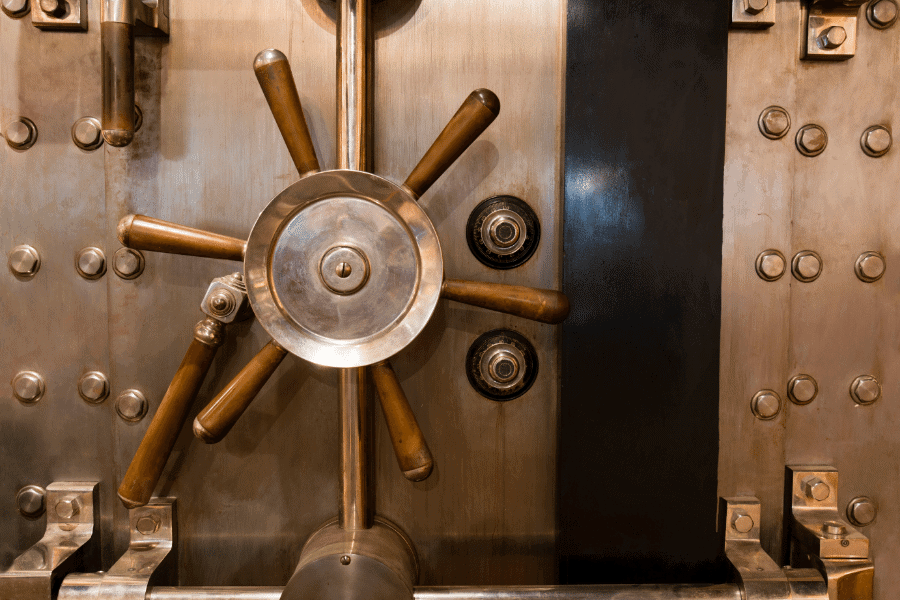 Numbered offshore bank accounts are a thing of the past. Transparency is the reality of today.

The answer is essentially a “no”. And for purposes of true anonymity, it’s a definite “no”. Jurisdictions like Switzerland, Austria, and Belize still offer some bank secrecy provisions, but they are moot for bank clients living in most high-tax countries.

Additionally, there is no such thing as true anonymity. While banking laws in countries such as Switzerland prohibit bankers from handing over details on customer accounts except in cases of fraud (and not just for non-reporting), we’ve seen first hand how bullying from a foreign government can easily loosen those restrictions.

There is no way to open a legal bank account and have no one know who you are.

That’s why governments — despite their claims to the contrary — have profited so handsomely from the aforementioned drug dealers and terrorists.

For it is drug dealers and terrorists who have allowed groups like the OECD and the Financial Action Task Force to virtually put an end to numbered bank accounts on the grounds that “terrorists might get them”.

Rather than examining WHY terrorists want to fly planes into their buildings, governments like those in the United States simply tighten the noose on the law-abiding public. “Know Your Customer” laws have required any civilized bank to know who they are accepting money from before opening an on-shore or offshore bank account for them.

If you’ve ever opened an offshore account, you know that the bank will ask you for the “source of funds”. If you don’t have a good answer, they won’t open an account. Even innocuous answers like “general savings” aren’t often enough to convince bankers who are scared of the United States government coming down on them like a ton of bricks.

The bottom line is that, in an alleged effort to keep money launderers at bay, numbered accounts are a thing of the past.

The Present And Future of Bank Secrecy

Currently, if you’re from a country that isn’t viewed as “important” by the place you’re banking, you will enjoy more bank secrecy. For example, Swiss banks have pushed back against requests from the Indian government for information on potential tax evaders holding money overseas.

Conversely, less powerful countries like Belize and others in Central America and the Caribbean are often subject to the bidding of the US government, rendering them incapable of delivering their touted high-level bank secrecy to US citizens.

I believe that even Switzerland will eventually be forced to hand over data on just about everyone, especially considering that Big Government bureaucrats are on the record as saying that the “era of bank secrecy is over.”

In the offshore world of today, transparency is the new normal.

Some websites suggest starting an offshore company, then obtaining an offshore bank account under the name of that company to enjoy some of the benefits of an anonymous account. But these cute tricks won’t get you far. Thanks to FATCA, you still have to report everything. And thanks to the Trump tax reform and CFC rules, there’s basically no hiding if you are the ultimate beneficial owner.

Bearer shares, which allowed anonymous ownership of an offshore corporation, have been rendered ineffective. I’m aware of one offshore jurisdiction that allows them, but even then, your name has to be on a document somewhere, which a government could easily subpoena.

In the US, you could technically start an anonymous corporation. However, corporate bank accounts are still required to declare the beneficial owner of the funds to the bank at the time of account opening. There’s nothing anonymous about that.

These days, Bitcoin is about the only way to obtain some anonymity in your financial dealings. But the US has issued laws that make Bitcoins unfavorable from a capital gains perspective (which is why we recommend that every crypto investor have a second passport), but at least you can maintain some anonymity.

If you’re looking for anonymous banking, the first step you should consider is renouncing your citizenship. I have discussed the benefits of being a citizen of a tiny country like Monaco or Singapore in the past; not having citizenship in a populous, bankrupt country is certainly a benefit when it comes to availing yourself of bank secrecy laws.

For example, Austria is still clinging to bank secrecy laws despite pressure from the European Union. Since countries like Singapore don’t much care what you do with your money outside their borders, you’ll have more freedom being from a country that isn’t a member of groups like the OECD and that isn’t attacking your right to banking privacy.

However, there are more benefits to banking privacy than reducing your tax burden. Especially if you’re doing business in certain countries in South America, Africa, or post-Soviet states, anonymous or at least private banking can help protect you and your family from criminal activity.

This was brought to my attention by a friend of mine who was running a business in Mexico. From what he’d seen, it was absolutely necessary to keep the balances of his Mexican accounts low because the cartels were known to pay off bankers for information on clients.

The cartels would use that information to find people and companies with enough money to make them worth shaking down.

For these people, increasing their bank secrecy was vital to business and personal safety. They and others with legitimate reasons for seeking bank secrecy can still go to countries like Austria and others like these 13 non-CRS countries to gain greater privacy.

But they may have to renounce their current citizenship to get the full privacy they are seeking.

If you come across some offshore service provider offering you a numbered bank account, run the other way. There are a few legitimate no-name debit cards left, but in general, there is no legal way to outsmart your home government. If your government finds you are keeping money offshore and not declaring it, they’ll come down on you like a ton of bricks.

What’s the point of having anonymous and numbered offshore bank accounts when you can obtain similar asset protection benefits from an offshore LLC or offshore trust?

If you are open to holding tangible assets, it is possible to open an anonymous deposit box at a non-bank vault. Das Safe in Vienna is one of the few to offer this service for those who wish to store gold. At Das Safe, anonymous means anonymous; the box holder provides no identifying information and is the only one to hold the key.

Of course, while I do recommend offshore gold storage, you can’t use gold stored anonymously in a vault thousands of miles away to buy stuff. However, Das Safe is a (rather expensive) option to anonymously store assets you don’t need immediate access to.

Disappointing as it may be, the days of anonymous and numbered offshore bank accounts truly are over. Welcome to the era of Big Brother. You can thank “Osama bin Laden”.