“I don’t know which is better: the EU or the Soviet Union”

“I don’t know which is better: the European Union, or the Soviet Union.”

So said a friend of mine here in Vilnius the other day as we discussed the latest goings-on in Ukraine and the Lithuanian fear of Vladimir Putin.

As much as my friend is rattled by Russia’s long-awaited invasion of Ukraine, he is not amused by how worthless the European Union is. 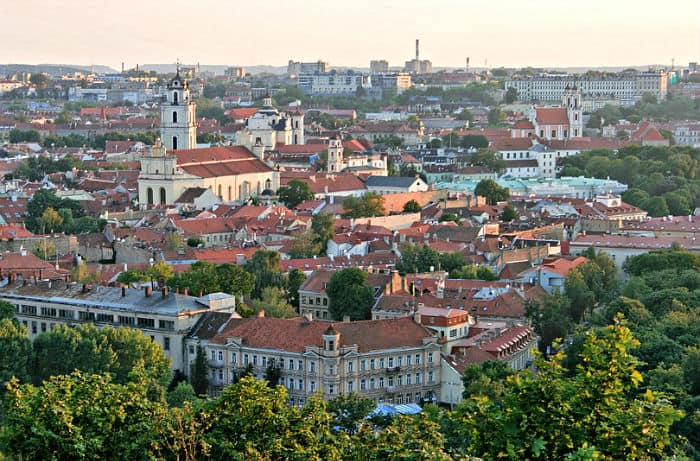 Old Town in Vilnius, where a friend pondered “I don’t know which is worse: the EU or the Soviet Union”

“All they do is point their finger at Putin and say ‘bad Putin’… then they do nothing. The US government is even worse.” For all their talk of a “union”, the EU has merely concentrated power in the hands of a few and left the rest of Europe wondering why they even bothered jumping on the sinking ship.

My friend, who was born here before Lithuanian independence was restored, went on to tell me all of the changes that have happened since Lithuania hitched its cart to the European Union.

Society has become more “buttoned up”.

Real estate has become less affordable for the average person.

And the Lithuanian culture is decreasing, as the European Union brings the country more in line with “Western values”, including the debt culture so prevalent in the West.

Freedom, my friend suggests, is declining now that Lithuania is on board with the European Union. And he sees the writing on the wall: many Lithuanians realize that the EU and all of Western Europe is broke, and now they are on the hook to pick up the pieces.

The EU is, after all, much like the old Soviet Union. Just as is the case across the pond these days, dissent in the EU is reason enough to be ostracized. When Austria elected a government that was “too right wing” for the European Union bureaucrats, they declared it “unacceptable”.

EU big wigs are unaccountable to the general population. They do as they please and plunder an already barren piggy bank to pay their massive salaries. Many of their decisions are made in secret.

And as my friend in Lithuania can attest, the EU has created a whole new category of central planners — much like those in Moscow under the Soviet Union. In this case, the geniuses in Brussels decide how things should be in the rest of the kingdom.

People in the hinterlands of Lithuania can only go along with whatever mandate the EU bosses dream up.

Interestingly enough, though, my friend made another important comparison between the Soviet Union he lived under and the United States.

Freedom in the Land of the Free

In his college years, my friend visited relatives in Chicago. Anyone who has ever been to Chicago knows it is home to the largest Lithuanian population in the United States. He remarked that his visit to the US was like stepping back in time.

Not since the Soviet Union had he seen such displays of patriotism. People all up and down the block were hanging flags on their homes and in their yards. Buildings were adorned by ads promoting the excellence of the American military, while “government propaganda” (his words, not mine) lined the streets.

Never since living in the Soviet Union, he said, had he seen so many pictures of government leaders and promotions for government services.

At least, he said, those in the Soviet Union knew how bad their government was. “Americans seem to worship theirs.”

I’ve said for some time that the United States is the new Soviet Union. The level of government spying, “security” officers at every airport, and secret police make it hard to argue otherwise. In the United States of today, disagreeing with the regime makes you a “traitor”. Claiming there is little freedom in The Land of the Free makes you “unpatriotic”.

Lithuanians can sit and complain that Vladimir Putin is attempting to rebuild the Soviet Union, starting with Ukraine, but Americans really have no case to make. After all, the USA is the largest imperialist in the modern era.

Yet, the United States shares the economic malaise inflicting the European Union today. While the US government records current account deficits, even Russia is recording current account surpluses. Many of the stereotypes about Russia, such as a declining birth rate, have been turned around.

And of course, Edward Snowden is sitting in Russia.

Lithuania has gone from charting its own sovereign destiny to being lumped in with a bunch of bankrupt basket cases in Europe. From what little I’ve seen so far, people here can feel the impact, and aren’t sure how they like it.

They know that, for the most part, Europe is over. While you or I could go to western Europe, live as tourists, run our location independent businesses, and benefit from the decline in the form of eventual lower prices, Lithuanians had hoped their ascendance to the European Union meant greater prosperity was on the horizon.

Now they just realize they’ve signed on with a toothless tiger that won’t defend them against Putin, nor provide for their economic welfare. It just wants to saddle them with its aging economies’ debt and raid their banks.

At least they have yet to be inflicted with the unique case of “wimpy imperialist meets bankrupt economy” that is the United States.