How to start a business in Nicaragua

We frequently discuss the concept of arbitrage: taking advantage of price imbalances in a market and profiting from the spread.

As a contrarian traveler and investor, Nicaragua is just the kind of place that’s up my alley.

Just as Colombia is a largely misunderstood economic reformer in South America, Nicaragua is the misunderstood country in Central America. Most Americans still remember the days of bloody civil war, incredible famine, and mass homelessness.

But those days are gone. Until a hurricane derailed things in the late 1990s, the decade was one of progress for Nicaragua. While I’m not thrilled with the whole political setup here, this is a land of opportunity.

And most people don’t even know it, thanks to thirty-year-old stereotypes. That means that there is serious potential to profit from the spread in prices between Nicaragua and countries with better PR.

In fact, Nicaragua is the third most visited country in Central America behind the much better known Panama and Costa Rica. Yet, things here are a lot cheaper than in those countries.

If you want to start a business in Nicaragua, you can do so on the cheap.

I asked my driver to bring me down to this seaside town in southwest Nicaragua to check out some opportunities in this part of the country. San Juan del Sur is incredibly picturesque; colorful houses line streets brimming with character. Little fishing boats bob up and down in the harbor, of which you can get a great view by climbing up a hill near the center of town.

The whole place is incredibly laid back, as evidenced by the surf culture here.

But I also stumbled — almost immediately — upon an incredibly cheap investment opportunity for an expat who wanted to run their own small business in a slice of Nicaragua paradise. 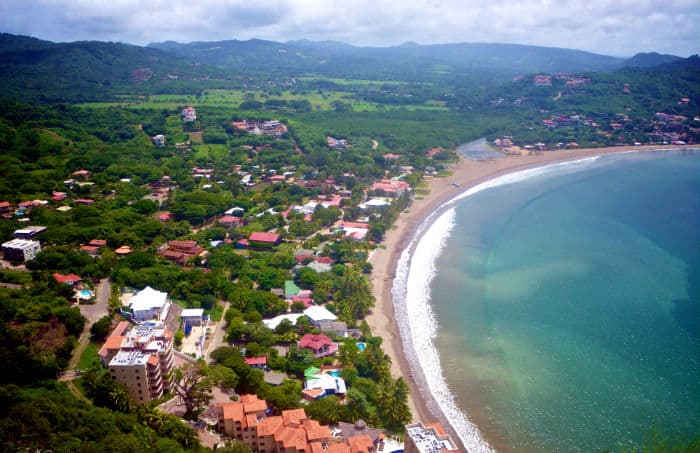 San Juan del Sur, Nicaragua: I took a few moments to hike up and take in some amazing views of the beaches. And ninety-degree temperatures in February aren’t so bad, either.

I met up with an expat earlier in the day who told me about a small restaurant for sale on one of the busiest intersections in the city center. The place serves fresh fish, tacos, and other local cuisine in a little storefront near the beach.

While the restaurant isn’t exactly glamorous, it is the kind of place for which kids in the American midwest blow off college to move to Newport Beach and start. It’s a low-stress restaurant business so close to the water you can smell the sea breeze.

That price includes a staff that runs the restaurant most of the time. As with any staff, you can’t expect them to run the place as well as you would, but at least you don’t have to start collecting resumes on day one.

The price also includes some inventory, furnishings like tables and refrigerators, and a lease that runs a few hundred bucks a month.

If you want an easy business that should cover your monthly living expenses in Nicaragua, this is it.

Other ways to start a business in Nicaragua

Personally, I prefer to build a business from scratch. I enjoy building a team, implementing a marketing plan, and watching a business grow. Then, I have the option to keep growing it or sell the turnkey operation to a buyer who doesn’t want the headaches of a startup.

However, in this case, someone who just wanted to walk into a business could do so for very little money.

You could certainly start your own restaurant here. The government wants to encourage foreigners to start a business in Nicaragua. With rising tourism and limited non-local eating choices, there are a number of concepts you could literally copy-and-paste from your home country.

Considering the average salary is barely $1,200 a year, you could easily find decent workers for $100 a month if you spoke some Spanish.

But you’d have to negotiate the retail space, bring your own furnishings, and put the whole thing together. For many people who are itching to get started with something, it could be a lot easier just to pay another expat a little bit of money to get in the game. 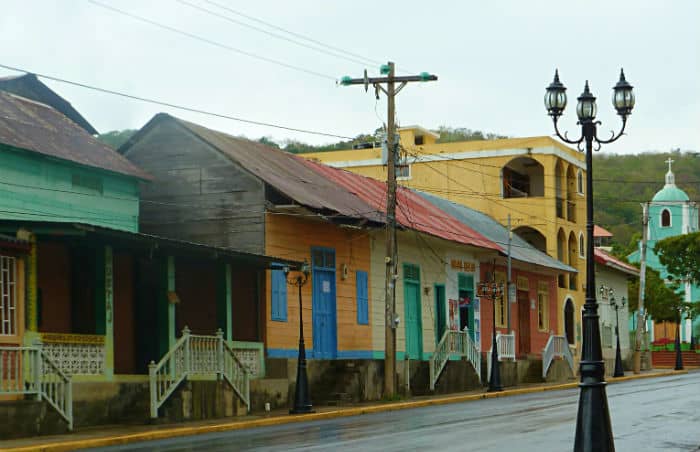 Starting a business in Nicaragua is relatively easy, and labor is cheap. Picturesque seaside towns like this one won’t remain a secret forever.

I do think $9,000 is a bit rich and I would negotiate the price down. But you can’t deny that this is a rather romantic lifestyle business opportunity that you couldn’t find a lot of other places.

If only more American college students would wise up and realize that they could gain real-world knowledge in a place like this, there would be a lot more wealth being generated.

Rather than spending tens or even hundreds of thousands of dollars getting a degree in Russian poetry, someone young could learn how to start a business in Nicaragua and be living the ultimate California beach lifestyle — but with one-sixth the price tag and a lot less regulatory nonsense.

The world is a big place and not even American media scare tactics about countries whose civil wars ended years ago can keep people away from a place this gorgeous forever. Just being here and doing something — almost anything — has the potential for substantial upside.

Of course, if you have a little more to invest, the potential is even greater.