The two non-reportable offshore assets you should consider

I was talking to a Thai small business owner the other day who basically told me, ‘We don’t listen much to what the government says. We do our own thing.’

While that attitude may fly in a smaller, thinly-regulated country that doesn’t control the world, Americans don’t have that luxury. Nor do the British… or even Canadians… or Australians. Government controls their every move, and has strict protocols in place to ensure compliance with their every edict.

Especially when it comes to the financial sector.

For instance, the growing trend spreading from inside Europe is capital controls. Cash is quickly becoming all but illegal in the Eurozone as countries race to the bottom to outlaw large, and now even relatively small, cash transactions. The 500 euro note has been dissed all over the press as central bankers sought to eliminate it to tighten their grip on the “evil” cash economy.

Governments hate the idea that you have the power to control your money. When you have gold stored somewhere or cash sitting in a safe, they can’t easily appropriate it to pay off their cronies in the ruling class or “pay down” their massive debts and avoid the hangover a little while longer.

Which is why a place like Thailand makes sense. Personally, I’m not a huge fan of the government here (it’s a bit opaque), but there is still a decent amount of leave-me-alone going on in the country.

If you’re not so lucky to live outside a country willing to chase you around the world for a nickel, you should be aware of the two non-reportable offshore assets.

Why are non-reportable offshore assets important to understand? Because in their haste to know exactly where to go to find your money, governments have put a lot of reporting procedures in place. Offshore bank accounts are reportable on at least one government form every year you have one in most cases, and I highly encourage you to comply lest you suffer huge consequences.

Also, currency you deposit in a bank account, take out of a bank account, or travel with internationally all has to be reported on its own form. There is a gray area when it comes to transporting gold coins across borders, but the government is undoubtedly stepping up the pressure on precious metals dealers to report “large” transactions they conduct (as little as a few one-ounce coins).

Having legally non-reportable assets is a way to gain a little privacy back from the people hellbent on destroying it.

There are condos popping up for sale all over Bangkok. Like many places in southeast Asia, condo living is all the rage, and investors from Hong Kong to Singapore to Taiwan are snapping up what they consider to be bargain real estate.

I don’t think Bangkok real estate is such a bargain at all. In my opinion, Thailand doesn’t have the cultural fundamentals of a place like China – which is undoubtedly in a property bubble, nor does it have the technical fundamentals of places like Cambodia or the even the Philippines.

But if you are a US person, owning foreign real estate has an additional advantage: it’s a non-reportable asset. That means any real property you hold outside of the United States doesn’t have to be listed on some form somewhere.

That doesn’t mean that your bank won’t make you fill out a form for wiring huge sums of money overseas to buy said property. And it doesn’t mean you don’t have to report and pay tax on income you earn from renting out that property. (With the US being rather stingy when it comes to offsetting gains with legitimate expenses)

However, if you believe as I do that living outside the United States is one pillar of expanding your personal freedom, you can live in foreign real estate that you own and no disclosure is required.

Considering many countries don’t offer much in the way of financing to foreigners, I believe this is a better play for someone who is retired or near retirement who wants an easy way to shift their wealth overseas. If you’re young, you should be able to earn a much better yield by starting a business overseas rather than sinking a couple hundred grand – or more – into foreign real estate.

Keep in mind that while foreign real estate held by you directly is non-reportable according to the IRS, any offshore trust or company you hold it in is. Plan your asset protection accordingly. 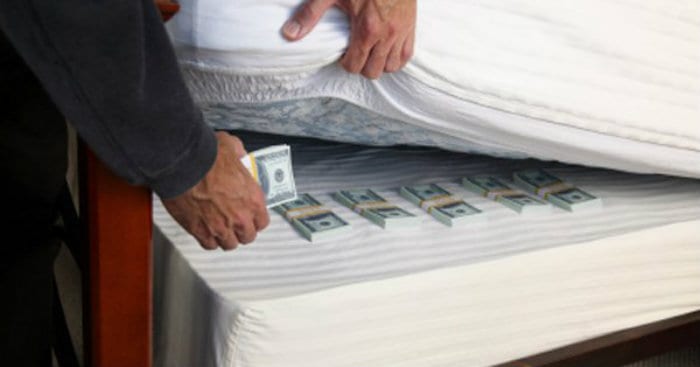 I wrote about offshore gold storage while in Singapore. When the Singapore government says they want to be the global leader in offshore gold holdings, I believe them. Singapore is on track to increase its gold deposits by a factor of five in just a few years.

Singapore’s gold facilities are world-class, with one having its own secure, private road right from Changhi Airport… if your holdings are large enough. For serious gold investors, you can store your gold in the Free Port’s underground vault, where your holdings are partitioned up and stored under lock and key.

Smaller holdings can be stored in any number of vaults you keep the key to, or in segregated storage with a local gold dealer. Hong Kong also has mid-level security boxes for offshore gold holdings, although I didn’t find it nearly as impressive.

And, while I don’t care much for the extra level of counter party risk, there are plenty of services that will sell you gold and store it without your ever touching it. A growing number of companies offer offshore gold storage in Canada, the UK, Switzerland, and elsewhere.

For me, I have no interest in keeping gold buried in my backyard. For one, I have no backyard. As a perpetual traveler, I have no desire to lug a bunch of bullion pieces through an endless string of airports in countries that offer may offer certain internationalization benefits, but aren’t as gold-friendly.

Secondly, the idea of storing gold offshore is to understand it’s true purpose: a store of wealth free from the volatility of fiat currencies. I’m not planning for armageddon or planning to trade British sovereigns for tuna fish sandwiches anytime soon.

Offshore gold offers the flexibility of a pretty liquid asset without the risk of some central banker wiping out what your cash position. If you’re worried about not being able to get to Singapore to sell your gold when you want, you can always appoint a local power-of-attorney.

One benefit of storing gold in Asia is that the Chinese, Indians, and Vietnamese – among others – are gold fanatics. If you buy the right bullion (ie: not American bullion), you’ll enjoy much better liquidity and better spreads than you’d likely enjoy at home.

Keep in mind that bank holdings – including safe deposit boxes – are considered “bank accounts” by the IRS, and must be declared. Your gold must be stored in a private vault.

Between that and keeping your metals out of the hands of the ghost of FDR, offshore gold storage makes a lot of sense to me. I’m not going to channel Barack Obama and accuse you of “clinging” to your guns and gold, but I do know you don’t have to go back in history many years to find people who only wished they hadn’t kept their gold tucked away beneath a floorboard.

I’m not a lawyer so you should always consult the proper counsel before making moves to ensure you’re in full compliance with your home country’s draconian laws.  If you are interested in non-reportable offshore assets, you can apply for a Strategy Call so we can determine your best options as part of a personalized and completely legal offshore plan.

Discover how to get a Second Residency and Pass