Let’s discuss the cost of freedom.

No, I’m not talking about political speak for sending soldiers to war to kill people in other sovereign countries, or that we should worship our government. I’m talking about the cost of time and energy to ensure that you keep your freedom in the first place.

We frequently talk about how the IRS puts out warnings about offshore banking and other aspects of internationalization. If you listened to them, you’d believe having an offshore bank account would make you unpatriotic, cause you to lose everything you have, and cause your flowers to wilt and die.

It’s true that what’s too good to be true often is. The offshore scams you see as fodder for shows like “American Greed” are easy to spot from a mile away. No legitimate offshore bank is giving you 100% returns. As a savvy individual, you know that.

But there are other offshore banking “opportunities” you should run from, as well.

Here in Cambodia, banking regulations aren’t as stringent as you’re used to in the rest of the world. Non-bank organizations can accept deposits much the same way banks do, even though they use your deposits in a very different way.

Personally, I prefer a system where people can open up shop and do business without a lot of government regulation. We’ve seen the banks that operate with limited government oversight – like in Andorra – can be very stable and secure, while banks with lots of oversight, deposit insurance, and other protections – like Cyprus – can go belly up.

Having the government interfere with your choice of where to store your money never does any good, and only fosters the crony capitalism and two-timing going on in the western world today.

But that doesn’t mean that you shouldn’t do your due diligence.

I’ve run across several “microfinance lending institutions” while moving around Phnom Penh. I actually went inside one of them the other day, almost convinced it was a bank. Everything about it looks and feels like a bank. 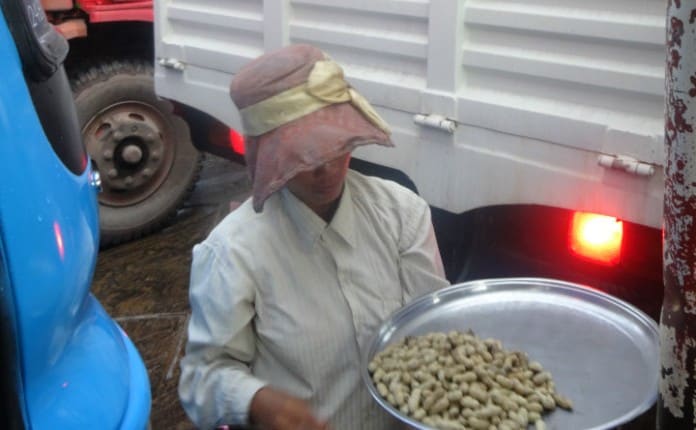 Rural Cambodia: A woman sells peanuts on a crowded old ferry that tightly packs semis, buses, and cars for the short trip across a river.

And once inside, I was promised I could earn 11% interest on any savings I held in Cambodian riel. Most Cambodians don’t put a lot of faith in their central bank or the Cambodian currency, so they hold US dollars instead.

In a number of emerging banking jurisdictions around the world, you can earn very high returns by opening an account in local currency, but the US dollar yield is about the same as it is in the US. After all, some banks in Mongolia can’t fight the Federal Reserve.

Yet even US dollar deposits at these microfinance lenders in Cambodia pay a healthy 5-7% a year. Try finding a CD in the United States paying a tiny fraction of that.

You can even open an account with all of one dollar in many cases.

While I support the idea of more banking freedom, the true cost of freedom is protecting yourself from bad opportunities.

Consider how microfinance institutions do business. They take your deposits and use “village banks” to provide loans to people in provincial Cambodia. The loans are usually a few hundred dollars and go to farmers and other “entrepreneurs of necessity” to make small improvements to their businesses.

A young person without a lot of education living in Phnom Penh might be lucky to earn $150 a month. Imagine what someone in the provinces earns. Hint: it’s a lot less; as little as $50-60 a month.

Loaning someone as much as one time their annual income with no real collateral and a fragmented system of collecting payments doesn’t sound like a recipe for guaranteed success. Microfinance companies have been around for quite awhile, so they do know their system, but that doesn’t mean their system will work.

One downturn in one part of the rural economy and a lot of those tiny loans could go up in smoke.

In the western world, microfinance is seen more as a charity. Lenders accept deposits and pay little or even no interest to people who are sold more on helping impoverished farmers and street vendors than on making a huge return on their hundred bucks.

However, there have been instances of fraud once that money hits the fields. A lot can happen when people in villages are given large sums of cash to hand out as “loans”.

Here in Cambodia, microfinance institutions are keen to find any way to stand out by offering higher interest rates than their competitors. Specifically, they’re paying out 4-5% higher yields than local banks on Cambodian riel deposits, and 2-3% higher yields on US dollar deposits. 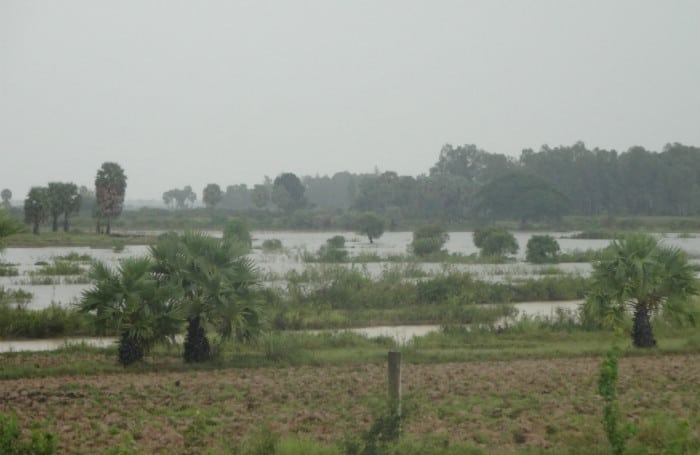 Microfinance in Cambodia: Loans go to rural provinces like this one, two hours outside Phnom Penh. Microfinance institutions compete over how small each others’ loans are and why that makes them a better bank account for you.

Does that make these “offshore bank accounts” an outright scam? Perhaps not. While I don’t want to suggest these institutions have the intention of screwing you out of your money, one has to evaluate a business model that revolves around loaning out money at high interest rates to uneducated peasant farmers. Take away the air of charity and it could be viewed as downright cruel to people who may not know any better but are desperate to take any loan they can get to try and improve their lot in life.

While I’m rooting for the rural poor in Cambodia, I won’t be depositing my money in non-banks in the hopes that they’ll pay back a loan. Unlike high interest rates offered in other emerging nations like Mongolia or Ukraine – which are something of a gamble themselves – microfinance lenders here have no real fundamental, compelling reason to be able to pay such high interest rates.

Microfinance lenders in Cambodia are indeed governed by the National Bank of Cambodia, but under different rules than banks. Yes, they have liquidity requirements, but just who is managing that? Cambodians themselves don’t have a lot of faith in the banking regulators, but they do keep limited amounts of money in actual banks.

There are a lot of blurred lines here in Cambodia, both in finance and elsewhere. Whether these high-interest deposits are a scam or not, you don’t show up at your offshore “bank” only to find a peasant revolt wiped out your savings.

The true cost of freedom is taking the time to understand that.