Or so I thought as I elbowed my way around a tiny store in Hanoi’s Old Quarter. Space is at a premium in Hanoi, where rents can be as high as many western cities. Even as real estate prices have taken a dive, it’s not a cheap place to live or do business.

You might guess that considering how narrow many of the storefronts are here. Hanoi is legendary for its “tube houses” that trade width for height and depth. Buildings perform what would seem to be architectural miracles by heading several stories into the air supported by such a narrow base.

While space is somewhat at a premium here in the Old Quarter, some of these buildings are just freakishly narrow.

But they make up for it in depth; buildings in Hanoi extend far back from the “front house” you see from the street. Traditionally, the front room of the house facing the street was used for selling goods to the public.

Doing business out of the front of the house is common here.

Many of the streets here in the Old Quarter are named for goods or services you can buy. Historical street names include things like “blacksmithing” and various food names. The logic was that sellers of the same feather would flock together, one right next to the other. 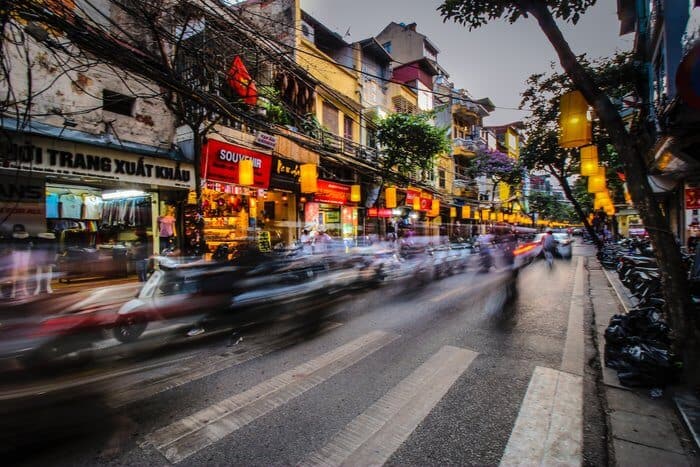 It’s still true today. While there’s no street named after cheap Chinese toys, there is indeed a stretch that sells mostly that. Other streets sell jeans, while knock-off T-shirt sellers congregate down the block.

While selling is done in the front room in these Hanoi tube houses, each house has a series of courtyards that go deep into each city block. It’s hard to imagine how deep these buildings really go considering how small they look from the front, but many have room after room where families live when they’re not upfront conducting business.

Between building high and building deep, the tube houses can be relatively spacious by Vietnam standards. While today’s economy has caused multiple families to live together in the same tube house, the houses were originally built with a single family in mind.

But just why are Hanoi’s tube houses so narrow?

Like many oddities or inconveniences, one needs look no further than the government. For centuries, governments in Hanoi used a silly method of determining property taxes based on the width of the property from the street.

The wider your home, the more you paid. Not surprisingly, people responded by building houses so narrow that two people can barely stand next to each other in some of them.

Leave it to the free market to find a workable solution to a government-made problem.

I’ll bet some bureaucrat for the monarchy was sitting around years ago and figured, “Hey, why don’t we change how we tax property and trick people into owing us more money?” No doubt he figured he had just stumbled onto a brilliant idea. 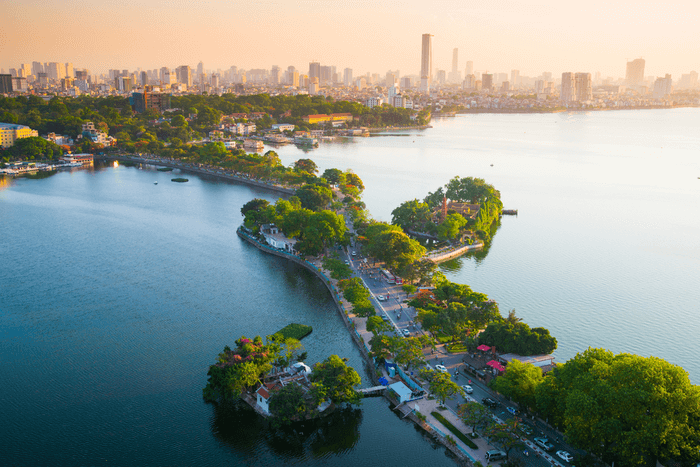 History is littered with examples of tyrants whose creative thinking helped them squeeze more money and more freedom out of their subjects. But the tube houses here in Hanoi show just how little power government can have if you allow it.

When governments get on their soapbox against “black markets” in an effort to “protect you”, what they’re really complaining about is the kind of creative thinking the people of Hanoi threw right back at the government.

Government can make all the silly little rules it wants, but if you can find the legal loopholes, you can beat them. It’s a tribute to the power of the free market and how it – unlike bureaucracy – forces people to find solutions to problems.

Hanoi’s tube houses are just one of many examples that show the folly of Big Government policies. And proof that you can indeed fight back.