No Currency Restrictions – or Colonoscopy – in Hong Kong

Update 2020: This article was originally written in 2013 when I first began traveling and exploring offshore options around the world. To hear my most recent thoughts about current events in Hong Kong, watch this video.

Every time I travel through a new country, I’m reminded of just how easy things are outside of the world’s large bully states. As a former US citizen, I grew accustomed to returning “home” to ridiculously long immigration lines filled with interrogations of the sort you’d expect from one of those police scenes where the guy gets angry and starts pushing the single cheap light fixture back and forth.

In fact, of the 37 countries I’ve recently been to, I would estimate the average person’s time burden in a US immigration and customs line is longer than the rest of them combined.

Today, I’m especially reminded of the difference between true economic freedom and that which is just smoke and mirrors.

I’m taking the short ride across the South China Sea to Macau today. A friend of mine from the financial services business has been with me in Hong Kong, and we’re going over for a day of gambling and great Macanese cuisine. 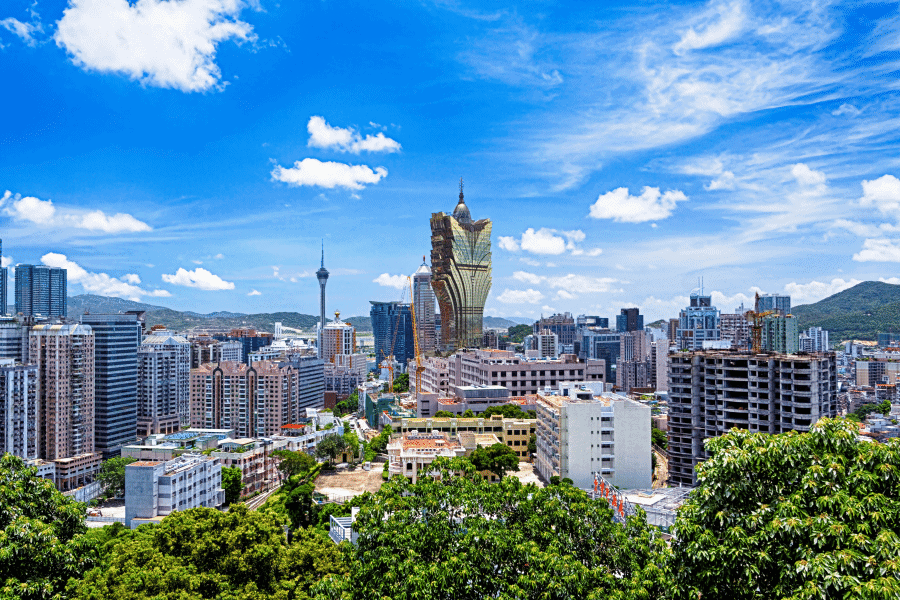 My friend faced currency restrictions in the United States when carrying cash out of the country to gamble in Macau.

Sitting here waiting for the one-hour ferry ride that cost me all of US$20, I’m amazed by just how much westerners put up with when it comes to violations of their financial privacy.

Most striking about leaving Hong Kong is the lack of interrogation about anything. But especially money.

We all know that governments – western ones, in particular – love to tax away much of what you earn on the basis that without them, you’d be a subsistence farmer living in a mud hut. But corrupt, bankrupt governments also want to tell you what to do with the scraps of cash you have left.

The friend that’s with me is a big blackjack player and was excited to hit up a new casino in the world’s largest gambling mecca. That means bringing a tidy sum to play with.

On his way to Hong Kong, for instance, he had to fill out a FinCEN 105 Form upon leaving the United States. The form is used to declare that he was leaving with $10,000 or more in cash or cash-like instruments.

Now, forget the fact he’s an everyday suburban guy with a wife and a normal job. The government views guys who take money overseas – to gamble or otherwise – with great suspicion. Everyone is a drug dealer or criminal to them – and your liberties get lost in the shuffle.

Even if you agree with the US government’s policy of pouring $500 PER SECOND down a hole to fight the “War on Drugs”, the idea that we should hand over even more draconian financial data to a known surveillance state is asinine. Yes, let’s make it even easier for the government to know whose door to come knocking on when they need to confiscate even more wealth to feed the beast.

And customs agents, who would be working the fry machine at your friendly neighborhood fast food joint if it weren’t for the power their tiny badge afforded them, love the ability to shake people down once they DO comply with these silly regulations and currency restrictions.

While my friend got off relatively easily, I know people who have been thrown in dark rooms in the bowels of the airport just for playing by the rules. The airport is even less of a constitution-free zone than the rest of the country.

You’re entirely at their mercy.

In reality, what you do with the little money the government officials decide to leave you with – in their great wisdom – should be your own business.

And in Hong Kong, it is. The country has no currency restrictions.

That means you can bring in or take out as much cash, as many cashier’s checks, or as much gold as you’d like. You don’t have to declare it. And they really don’t care. In a cash-based and gold-loving society like China, people travel with large sums all the time.

It’s barely given a second glance. 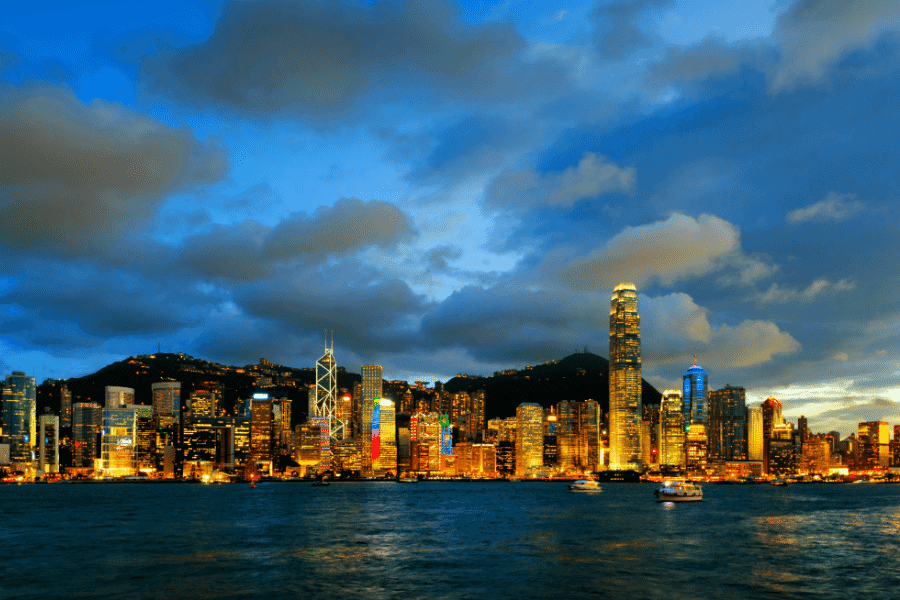 The Hong Kong skyline: Behind it is the world’s freest economy and a laissez-faire approach to your money.

I’ll be investigating buying gold in Hong Kong – often reputed as the world’s cheapest place to buy it – later this week. What I do know is that you can buy as much as you want and take it with you, whether it’s to Macau, the United States, or anywhere else.

Hong Kong is a picture of what a government that respects capital looks like. If you haven’t traveled to Asia or perhaps Switzerland, you might have the view that people walking around with large wads or cash or who have large amounts of cash and gold in a safe at home are criminals. In reality, that opinion is nothing more than the result of endless western government propaganda designed to encourage you to charge everything on your Visa card – perfect for their prying eyes.

But imagine being able to walk on an airplane with $50,000 in your duffel bag. Consider no one but yourself for a moment. Would doing that make you a criminal? A tax evader? A scofflaw? No, it wouldn’t. Until society got together and decided to criminalize wealth and thrust their socialist agenda on everyone until we all felt that cash was bad.

It’s like volunteering to get in line on the other end of a firing squad.

It really is amazing how much governments get away with by claiming they have control of your money via currency restrictions, even after hitting you with endless taxes, fees, and regulations. Personally, I want a (perhaps sizable) portion of my wealth in Hong Kong or someplace very similar, like Singapore, where my money really is my money – not just something I’m borrowing from the state.

There’s a respect for cash and wealth here. There’s also more of an affinity for solid financial principles rather than the slapdash, quick-fix principles currently being employed by the West to cover up their years of mismanagement.

Hong Kong is the place whose monetary authority chairman recently said quantitative easing is “not supported by economic fundamentals”, and that any gain in wealth would be recaptured later. The monetary authority has also been quietly exploring the concept of dumping its peg to the US dollar for some time. After all, Hong Kong is stable enough that it doesn’t need to be conducting massive sell-offs of its own Hong Kong dollar in order to maintain a peg with a broken currency run by a bankrupt government.

Fortunately, Hong Kong is a mecca for banking, even if it’s in any number of foreign currencies. They don’t care if you hold their currency or another one. Alternative currencies aren’t criminalized. They’re not shutting down Bitcoin or taxing you when you sell gold.

It’s a fascinating thing to be able to do what you wish with your money without any currency restrictions or other regulations. In places like Hong Kong, they just hope you’ll keep your money in their system. And if you decide one day to take that money out and make a run for the border, they won’t put you under a heat lamp for doing so. Imagine that.