Is everything the financial media says wrong?

Reporting from: 37,000 feet above the Pacific Ocean

It’s been a busy day of flying. I’m now relaxing in the new 787 Dreamliner on our twelve-hour flight from Denver to Narita Tokyo. It feels nice to finally be headed back to countries with real growth rates, real economic freedom, and real potential. 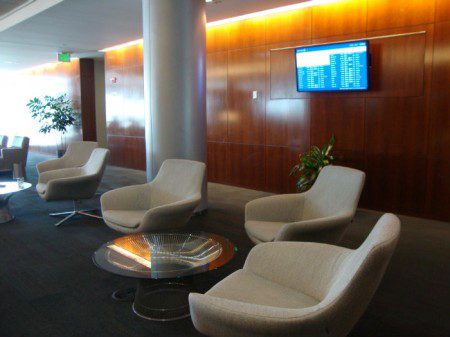 My final stop in The Land of the Free: a few cheesy sandwiches in the Denver airport lounge. The lounge in Tokyo will be a lot better.

High above it all, a few nice cocktails are quite the respite from the latest examples of market and government madness several miles beneath me.

I was watching CNBC on the flight into Denver, where the news of the moment was a disruption in the markets earlier today. The financial bobbleheads spent their time discussing how investment returns in the US are going to slow in favor of Europe, and how the economy is oh-so-rosy now that unemployment is only at 7.6%. (Never mind manufacturing is back in the tank.)

If you watch CNBC frequently, you may be used to this kind of drivel.

But I had to almost choked on my cheap airline snack when I heard one of the analysts utter these words: “Not to be critical of our own Fed chairman…”

Not to be critical? Who are these guys in the financial media kidding? Among all of the babble about Apple being a great stock to buy (because “the iPhone will dominate FOREVER”… haha) and where coal prices are going, they miss the real point that the whole system is broken.

All their talk is like playing the violin on the deck of the Titanic.

Who cares if unemployment fell by 0.1% – a highly questionable indicator to begin with – if the underpinning of the entire western financial system has huge cracks?

Ben Bernanke has been having quite a rough last few weeks, what with his poor ability to get his message out. Between making incongruent analogies using planes, trains, and automobiles, he hasn’t exactly inspired confidence in the markets.

But the guys on CNBC are all about Bernanke’s European counterpart, Mario Draghi. As they say, he’s a much better communicator about his horrid policies. With the Euro set to dip a bit, Draghi is merely just another link in the lowest-race-to-the-bottom chain.

But that’s all fine for the stooges who call themselves financial news these days. They’re nothing but actors. Their sole function is to prop up Wall Street and make sure the city is awash in easy money, no matter the costs.

As I make my way to Tokyo, it’s abundantly clear the same issues are happening in Japan. We’ve talked before about how Abenomics alone with not solve Japan’s slumping economy. But despite their current policies failing 14 out of the last 15 times, they’re swinging for the fences with the same failed playbook.

It underscores the important point that you can’t depend on any of these guys – from the bankers to the financial news actors – to give you the straight scoop. None of them want you to be talking about owning gold or buying offshore real estate or keeping money offshore.

That doesn’t fit into their meme.

They just hope you’ll pour all your money into their corrupt system and hope the roulette wheel lands on your number.

Meanwhile in India, the government is injecting itself into the banking sector to help more Indians get bank accounts. Half of Indians don’t have a bank account, and only one in seven have access to formal credit.

These governments never learn the lesson that their counterparts have learned the hard way time and time again. They’re so eager to stick their nose that it doesn’t belong that they never consider just how arrogant they are to think they’re going to singlehandedly fix every problem.

Oh, did I mention that the systems India is about to put in place for this mission have failed miserably just about everywhere else they’ve been tried? Never mind that; THIS government must know what they’re doing. Leave it to them.

Of course, maybe if the Indian government loosened up ridiculous restrictions on privately-owned foreign banks opening branches (currently capped at twelve – yes, twelve – a year) they could get some traction. State-owned banks are desperate for capital, but they won’t let that get in the way of trying to expand the already slow banking sector.

It’s like figuring out how to fly a plane before learning how to take off.

If only another law or another regulation or another round of money printing would magically solve everything.

As I fly high above it all, I look down on a world filled with sociopaths who figure THEY have the answer where all else have failed. It’s the playbook of government: today’s ruling class figures they’re so much smarter than yesterday’s, despite running the same plays their kind ran 5,000 years ago.

As a savvy capitalist and citizen of the world, you’ve probably already figured the likelihood that everything you’re told by government and the media is wrong.