I pre-recorded some radio interviews today so I’d have time to meet with a top business contact of mine who’s meeting me this weekend to discuss some exciting projects for Nomad Capitalist. Our radio show has been attracting some great guests from Gerald Celente to Bobby Casey to Mark Nestmann.

Earlier today, I spoke with Adam Kokesh, the young voluntaryist activist who recently got arrested for leading a rally to legalize marijuana. Cops made a beeline right for him and basically assaulted him despite his having no marijuana in his possession. Then they kept him locked up for days on trumped up felony charges. Ah, to be young in The Land of the Free.

One question I asked Adam was about his former television career on RT, the television news channel funded by the Russian government. Adam has been called a “commie” and every other name in the book for daring to have had a show on RT along Max Keiser. Glenn Beck’s website TheBlaze said the network “regularly transmits propaganda”.

What kind of propaganda? Accuracy in Media describes it:

Her [a Russian expat] first “story” for RT was to complain that Western governments have a “habit of lashing out at other countries for not listening to their people, while blithely ignoring public opinion on their own doorsteps.”

Imagine that. It’s as if the majority of Americans didn’t want Obamacare, gun control, their phones to be tapped, or the IRS discriminating against its political enemies. No, western governments like the United States are perfectly open to whatever their citizens want and have no intention of asserting their dominance over them. Haven’t you heard that President Obama is building the “most transparent” administration of all time?

As if you needed any more evidence the government wants to stop “unpatriotic” dissent (which is basically calling it on its BS), it now has even conservative commentators decrying “foreign media”. Ironically, these are the same people who believed The Bumbler when he talked about eye-f***ing Vladimir Putin and making love to his soul. And they’re the same people who don’t have much to say about the endless string of propaganda coming out of just about every mainstream American news outlet… the ones saying there’s no recession in America, the war is going great, and GMO food is safe for you. 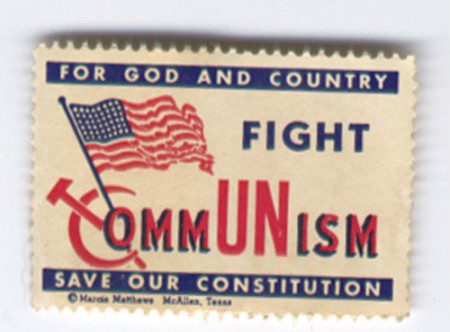 After interviewing Adam, I was curious to find out more about RT and the kind of stories they’re covering. And I quickly noticed a very interesting pattern.

Here are some of the headlines on RT’s website today:

Susan Rice and the Illusion of Change.

Notice a pattern? The RT propaganda machine is reporting a bunch of stories that make the US and western governments look bad. How dare they report on things the US government wanted to sweep under the rug?

While Germany has abandoned its own drone program (it’s still participating in NATO’s drone program), the US government is gung-ho to have as many unmanned aircraft as possible flying the friendly skies. Why would the administration that didn’t want to even admit to the existence of drones want people to be talking about a German drone almost taking out a commercial airliner?

If the government had to admit their drones are prone to human error when flying amongst 737s, it might just derail their demand to have pictures of your wife’s breasts sent to a nearby locked room for “examination” every time she flies.

But thank God we trust them to tell us the truth all of the time. And because governments – especially tyrannical ones – function by convincing you their enemies are out to get you. They silence dissent. Yet their propaganda is based on the fact that they are perfect and can do no wrong, while their enemy is an evil villain like from the movies. If only things were so black and white.

As an opponent of propaganda-spewing government everywhere, I’m not endorsing one country’s news channels over the other. But let’s be clear that bad governments use cheery-sounding causes to keep you fat and happy so they can stay in power. They hide information detrimental to their ability to remain in power, until it can’t be hidden any longer at which point they fling mud at it. Informed readers like you deserve both sides, which in today’s climate are increasingly hard to find.