The new year is coming! This is the last podcast episode of the year. Andrew has a lot of things in the works right now, but 2018’s theme is going to be ‘commitment.’ Are you committed to going where you’re treated best, paying less in taxes, and living a freedom-based lifestyle? People who get by, by just doing the minimum, are going to have a hard time as new laws and governments get stricter. Be aware! Instead of doing the minimum, get committed and take the long but fulfilling path to freedom.

[4:45] Andrew doesn’t want to keep flying around for the sake of flying around anymore. There are some big changes coming your way.

[6:35] This year’s theme was home. Being a nomad doesn’t have to be about abandoning everything you care about.

[7:40] For U.S. Citizens living abroad, everything about your tax strategy has now been blown up with this new law.

[8:10] The entire game has changed. The answer for a majority of U.S. expats is that it’s no longer good to be a U.S. citizen.

[9:45] You’re not going to be able to get away with just traveling on a whim anymore. It’s coming to the point where you’ll need to prove you actually live somewhere. This applies to not just U.S. citizens.

[10:00] On the positive side, there are more and more countries out there that are developing.

[12:00] The theme for the new year here at Nomad Capitalist is ‘Commitment.’

[12:55] Andrew wants to work with people who are all in. This means entrepreneurs who make 6-7 figures a year.

[14:15] So many people who become a nomad just do the minimum, and it hurts them in the long run.

[19:10] Think about how can you be fully committed to getting a 2nd passport.

[23:00] Sam’s school wanted him to leave or they’d expel him. His only choice after that was to take an apprenticeship at an office.

[35:20] The school that kicked Sam out actually did him a huge favor.

[49:35] What advice does Sam have for those who want to live this lifestyle? 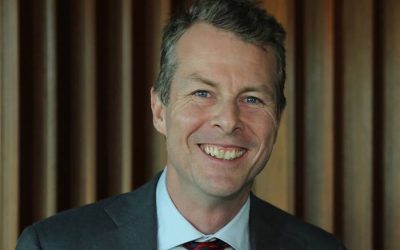 As someone who grew up in the United States, Andrew...