How to get good customer service in post-Soviet countries

There are lots of good reasons to leave North America and/or Western Europe and move elsewhere. Individual workers and investors can find ways to pay less in taxes, deal with fewer regulations, and often enjoy more personal freedom in general. It can also be a way to break free from the suffocating nationalism and protectionism that is currently on the rise in much of the West.

One thing the West still has going for it, though, is good customer service. This is especially true for the US and Canada. When you go to a restaurant, clothing store, nightclub, or basically anywhere but a post office or DMV, you can realistically expect to be treated well. Service is prompt, polite, and precise.

That isn’t the case in many parts of the world, especially not in Eastern and Central Europe. Moscow probably has the rudest waiters and bartenders on the planet. Budapest may as well be a post-apocalyptic hellscape as far as customer service goes. Prague is legendary for the lengths its service workers will go to make customers feel unwelcome. But it’s not all that bad. A few former communist countries are real diamonds in the rough.

Customer Service is Just One Reason to Do Business in Tbilisi

The Republic of Georgia is a friendly little country in the South Caucasus, nestled between Russia to the north and Turkey to the south. It was part of the Soviet Union, but the people have a more Southern disposition. They smile and talk a lot, they make a lot of hand gestures, and they take hospitality to heroic levels.

Plus, the American approach to service is catching on in some places. There’s Rooms Hotel, a fantastic hotel/restaurant complex in Tbilisi where you can truly be treated like a king. And like most places in Georgia, the prices are reasonable. More places like that are popping up. There’s also Strada in the Saburtalo neighborhood, a New York-style restaurant with great service. All around, it’s a great country to be a foreigner in.

The most impressive corner of Georgia’s growing service sector is retail banking. When you walk into a bank, you really feel welcomed and taken care of. The system is orderly: take a number and wait for the screen to direct you to your teller or consultant (that’s something my bank in the US still doesn’t do).

The tellers are universally young women who speak English and are very polite. Most importantly, they are good at their jobs. I’ve never been stuck in a Georgian bank for more than a few minutes. One minor annoyance: other customers stand really close to you when you take money out of the ATM. It makes some people uncomfortable.

Overall, Georgia has an open, forward-looking approach to business. The citizenry and government value private initiative, and work hard to attract foreign capital and talent. There are lots of reasons to do business in Tbilisi, above-average customer service being just one of them.

How to Get Good Customer Service in Armenia

Walking down the street in central Yerevan, you might feel like half the people around you are from the US or Europe. A lot of them are. Armenia’s diaspora has played a big role in developing the tiny country’s economy, and a large number of professionals and business owners have moved in from the West.

The influx has really helped Yerevan develop a proper customer service ethic — the rest of the country remains standard post-Soviet drab, although you can find nice people.

Well-developed service norms are most noticeable at restaurants. The maître d’s are the height of professionalism. Waiters are polite and efficient. But, unlike in an American restaurant, you won’t be bothered with questions every five minutes.

Customer Service in Russia is Better (Or Worse) Than You Think

I know I just said Moscow has the worst waiters and bartenders on Earth, but hear me out.

Russia is an enigma. Tourists and business travelers are enthralled by the country’s culture and sense of national pride. They are often confused by the standoffishness of the citizens and frustrated by the poor quality of customer service. Store clerks are inattentive, waiters shift in and out of sight like ghosts, and bartenders are comically rude.

The picture is bleak, but it isn’t hopeless. Learning a smattering of Russian definitely helps — actually, it’s essential, as even in Moscow few people speak English. Also, going out with Russian friends or colleagues will help you be seen as more than a clueless tourist or carpetbagging businessman.

Plus, larger companies are investing heavily in training their staff in international best practices. A few years ago Aeroflot did a major overhaul of its customer service ethic, and the results were pretty positive. The Russian airline went from being a punchline to having the highest-rated customer service of any airline in Eastern Europe. Not the stiffest of competition, but still an accomplishment.

If you’re planning to travel or do business in Russia, brace yourself. Winter is coming. But if you do your homework, it won’t be all that bleak.

This one is cheating because Poland wasn’t technically part of the Soviet Union — even if it was under Soviet domination. It’s close enough for our purposes. In my multiple trips to this beautiful gateway to Eastern Europe, I found the customer service in restaurants, shops, bars, and hostels to be excellent, and people to be friendly and helpful in general.

Firstly, it depends on where you go. Krakow has the best service overall. It’s the country’s main tourism destination, so local service workers have the most practice. Just don’t get too drunk; they’ve had more than enough of the stag party crowd. Warsaw is number two in this area. People come off a bit colder, but they are still professionals who know how to do their jobs well.

Poland’s surprisingly good service owes to a few factors. Notably, kindness and hospitality are big parts of the culture, so guests are generally well taken care of. Secondly, large numbers of Poles work or have worked in service jobs in Western Europe (ever been to a restaurant or bar in Berlin?), where they adopted Western service norms.

Just as important as the friendliness, Polish workers value time and efficiency. You won’t get stuck standing around because the clerk or waitress prefers to take her sweet time rather than get you on your way. Business is taken seriously.

Jon Erikson
Jon Erikson is a writer based in Tbilisi, Georgia. His experience consists of consulting for clients in the public and private sectors. 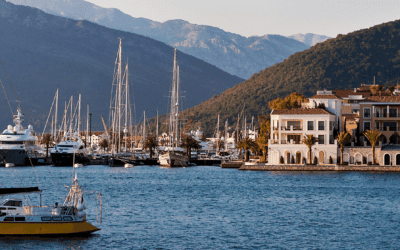