Meet Andrew Brown, a young Australian entrepreneur and citizen who has a successful and growing business selling sports equipment on Amazon in the US.

He and his girlfriend (who is a fitness guru and has her own location independent business) both came to the conclusion that getting out of Australia would be the best move to develop their businesses.

They also wanted to travel and fully enjoy the freedom of being location independent.

In the end, it just made more sense for them to travel and reinvest in their businesses than to stay in the same place and pay huge amounts of tax.

However, their businesses were expanding quite quickly and they didn’t have time to read a million blog posts on how to move offshore, lower their taxes and expand into new markets.

They knew that everything involved with these goals is pretty complicated and they wanted to be sure that it would all be done correctly.

They needed someone who could create a structure for them so that they could be confident they had done things right — enabling them to move on to the next steps in growing their businesses.

When Andrew came to me, he explained that he wanted to expand his business to Europe. He needed to find jurisdictions that complied with Amazon rules and wanted help setting up his company and opening bank accounts so that he could still sell to the US without getting taxed there.

Most importantly, he needed to become a tax non-resident of Australia, which would free him of his tax obligations in his country of citizenship.

As we worked together on his personal offshore blueprint, we were able to tick each of these items off of Andrew’s list.

Firstly, at one of our mastermind events, he applied for Georgian residency. He will obtain a residential address in the country so he can cut his residency ties in Australia, and he’ll get a mailbox service in Georgia to further cement his new residency.

Secondly, he was able to open a bank account in Latvia for one of his companies, as well as a personal account. We also helped him with his company set-up and other tax optimization strategies.

Thanks to his set up, he can now legally operate in Europe and the United States, without being subject to the tax laws there. He is also saving thousands in Australian taxes — all money that he can now reinvest in his company as it continues to grow and expand. 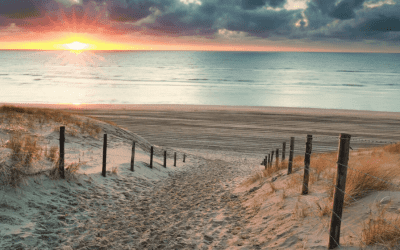 Dateline: Tbilisi, Georgia One of the best ways to envision your life offshore and the steps you...