Acceleration (noun) 1. The ability to gain speed within a short time-frame. 2. An increase in velocity

Velocity (noun): 1. The speed of something traveling in a specific direction. 2. The rate at which money changes hands within an  economy

A business accelerator helps a startup gain speed and velocity as it travels toward its goals.

As the Latin American startup scene rapidly gains momentum, a boom of accelerators and incubators are helping entrepreneurs keep the pace.

This article will serve as a resource guide for anyone interested in starting a business in Latin America. Bookmark it and save for future reference.

Incubator (noun): A device used to keep an egg warm before it hatches.

An incubator is usually the physical space where entrepreneurs deposit the eggs of their ideas and keep them warm until they are ready to “hatch.”

Brazil leads the coworking trend with 95 spaces and counting.

Here are some Latin American coworking spaces that also function as business incubators:

Once the business concept is ready to see daylight, the founder can enroll in an accelerator program.

Program structure is one of the major differences between incubators and accelerators.

Accelerator programs have a set time frame, which ranges from a few weeks to a few months.

During this period, the entrepreneurs work with mentors who help them develop their business concepts and attract venture capitalists.

In 2014, Fundacity issued a report on the accelerators of Latin America.

They noted that the total investment in the Latin American region was US$35,381,944 in 872 startups by 53 accelerators.

Here is a list of the most active Latin American countries:

Who were the principal investors in Latin American startups?

According to Fundacity, in 2014, these accelerators invested the largest sums of capital.

1. Startup Chile invested US$8,126,000: Planet Expat is one of the most interesting startups to grow from Startup Chile. This company places European interns with startup companies. It’s an excellent resource for nomad capitalists looking for an intelligent, albeit affordable workforce.

City Heroes, another Startup Chile project, is a smart-phone app that enables users to report a potentially dangerous situation in 30 seconds. The report goes to the appropriate individuals – police, fire department, etc. – who can immediately respond to the threat.

2. Nxtp Labs invested US$5,160,000: Nxtp Labs invested in Pixpol, which describes itself as “the Airbnb for hobbies.”If you need to locate a yoga class, an art workshop, a beach volleyball game, Pixpol will show you where to find it, and book your reservation. Activity providers can host for free. Pixpol takes a commission when someone makes and pays for a reservation.

On a similar note, MeroArte is an online art sales site, which features the work of Latin American artists.

Viflux, another Nxtp project, describes itself as “the LinkedIn of the video industry.”This site helps audiovisual professionals create, share and collaborate on productions.

3. The Pool, a Mexico-based accelerator invested US$3,200,000. It functions as both a coworking space and an accelerator. In conjunction with Hotel City, they are currently  Hotel City are seeking five Mexican entrepreneurs to contribute to the development and growth of the tourism industry.

They also funded Construct. As its name implies, this is a fascinating and useful product for the construction industry. The app facilitates real-time collaboration between builders, engineers, architects, and subcontractors, and enables them to create instant reports and distribute digital floor plans.

What are investors looking for in a Latin American startup?

If you are seeking investment capital in Latin America, consider these industries.

Other resources for Latin American startups

In addition to the previously listed accelerators and incubators, here are some other resources for Latin American startups.

Lisa Mercer
Lisa Mercer is Nomad Capitalist's contributor on living in South America. As a long-time expat, Lisa has lived in Ecuador and Uruguay and spent substantial time in almost all parts of South America as a perpetual traveler. 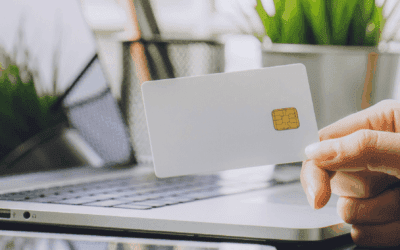