Don’t get too excited by the “collaborative economy”

As someone who wanted to be a perpetual traveler since I was nine years old, I like to try new things. Often before they become cool.

But today, I find myself writing you from the inside of an apartment deadbolted from the outside. All because I decided to try out the much ballyhooed “collaborative economy”. 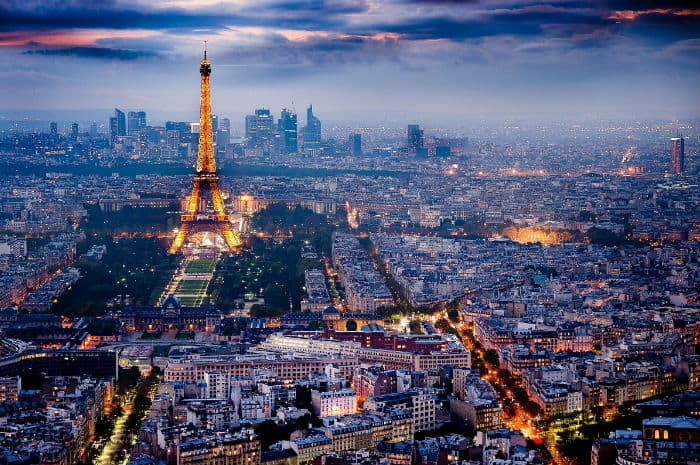 France has made it difficult for car companies like Uber to pick up passengers. The developed countries that collaborative economy entrepreneurs thrive in will make it tough for them to do business.

Several months ago, I wrote about buying an apartment to rent on Airbnb as a way to get a higher yield by renting a well-equipped apartment to vacationers at higher rates than you could get in the local market.

Today, I find myself on the other side of that equation: staying in an apartment I rented on Airbnb. I figured having a kitchen would be nice, if nothing else to store leftovers from restaurants. And having a living room and balcony would give me more places to sit and work when I'm not out meeting with people.

The latest round of internet business gurus says I'm part of a tidal wave that will change the way business is done forever. My choice to stand up to “inefficient institutions” like hotels is sparking a revolution of peer-to-peer commerce that will put hotels, taxi companies, banks, and almost everyone else out of business.

What’s wrong with “the next big thing”?

There’s only one problem with that equation: today, I’m essentially a prisoner in my own Airbnb home.

The landlord of the place where I’m staying must have decided to come through and lock the outside deadbolt on my door. Apparently, no one told them I was staying here. This is the downside of the collaborative economy; people in the real world make mistakes.

I’m not saying every hotel stay I’ve ever had has been perfect. I stay at dozens and dozens of hotels a year, and some aren’t as good as others. But at least a hotel knows not to come and lock me inside of my room with no way to escape.

And thus marks the problem with this collaborative economy. The people who promote it claim it will “turn the world on its ear”. They’re true believers. They’re personally and emotionally invested in their vision of the internet taking over every aspect of our lives.

Somehow, because a bunch of internet gurus want us to buy and sell everything amongst ourselves, it will be. I don’t buy it. As a business owner since 19, I realize that people are highly inefficient in most parts of their daily lives. That’s why I wouldn’t make a very good hotel owner or taxi driver; it’s not my core competency.

Some of these collaborative services will work out just fine. Uber, which serves as a replacement for taxis by allowing members of the public to drive their own car and pick up people who request a ride via their smartphone app, has become quite disruptive in the transportation market. France took steps to ban Uber drivers from picking up passengers, and settled for making them wait fifteen minutes before departing.

But Uber has essentially just become a taxi company in and of itself. It’s not like taxi companies hire employees to drive their cars; they lease them to independent contractors. Uber uses the exact same model except it doesn’t invest in cars. While investing in tangible assets is usually something I avoid at all costs in a business, the taxi business — if you’re willing to work in it — is one of my favorite “unsexy businesses” for a small operator.

Other collaborative economy companies, like Airbnb, offer distinct disadvantages to real hotels. For example, I’m currently planning my next Passport to Freedom event. Our next event will be even more exciting than the first one, with things like dinner on the beach. I’m evaluating resorts that have a high standard of service, a great concierge, and lots of luxurious places to relax. 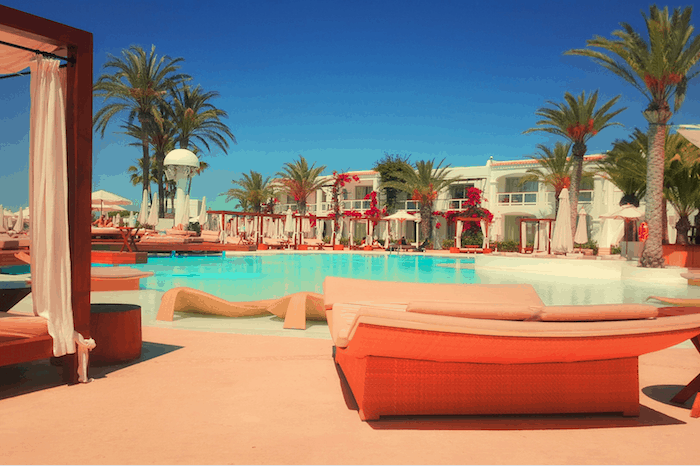 Hotels, like this one, offer a standard of service, location, concierge, and level of luxury that is rarely available in the collaborative economy.

No Airbnb apartment can offer me any of that. A generation — of which I am a part — may go crazy for trading amongst themselves on the internet, that is until they realize there is no service backing up their “hotel stay”. There’s no manager to complain to. In fact, when I tried to call Airbnb to resolve my issue, I got a message saying “this application can not be found”.

As an anarcho-capitalist, I’m all about ways to eliminate government from our lives. While I’m not head-over-heels in love with Bitcoin like some, I see the value in having a decentralized currency.

From a business standpoint, I urge you not to get caught up in the hype that we’re all going to return to caveman times where no institutions of any kind exist.

There is a reason hotels are in business. It started with people not wanting to sleep on someone’s couch (especially considering that Airbnb is usually no cheaper than a comparable hotel).

In the same vein, people are not going to sell their cars and share one with eight other people using a service like Turo. I say that as someone who couldn’t be more happy with my decision to sell my car and lead a nomadic lifestyle.

There is a reason people buy BMWs or have American Express Platinum cards. It’s because they came to the realization that sharing a Mini with someone else wasn’t their idea of a good time. Nor was paying for airport lounge access separately, or fighting with merchants who overcharged them.

Look for the next big place

From an international perspective, though, I believe all the talk about the collaborative economy is very provincial.

People in China, for instance, don’t want to sleep in someone’s spare bedroom. The middle and upper class Chinese who travel want to prove that they’ve “arrived” by staying in the nicest hotel they can afford. They’re not worried that they can’t afford it because business is booming for them.

In the Philippines, an enterprising entrepreneur developed a smartphone app that, like Uber, allowed one to summon a taxi on demand. He took one look at how hard it is to get a taxi in Manila in rush hour and figured it would be an instant hit.

He overlooked one important fact: being late is the norm in the Philippines. No one was going to pay any sort of premium to find a taxi sooner because there are few consequences for being late.

I don’t judge other cultures. As a business owner and investor I analyze them. Not everyone shares the values of where you live. And that includes a desire to promote a collaborative economy.

For globally minded entrepreneurs, I view these developments as just another reason to consider starting a business outside of the United States.

I don’t try to change the world when I start a business. At the end of the day, success in business is defined by making money. And the business environment in the United States is the most competitive on earth. Companies like AirBNB now have tons of competition, making it harder for them to dominate.

While I do believe in running a well-executed business, I believe the average entrepreneur will have a lot more success in other countries. Most countries just want efficient services, they don’t argue so much over who will provide them.

For instance, places like Cambodia and Laos could benefit from more mid-range hotels. In Laos, just finding a hotel with wifi is a challenge.

Likewise, while the United States isn’t growing, other economies are. That means that a Cambodian beach bar selling $2 shots today could increase their profit as a higher grade of tourists visits the city and drives prices up.

Rather than searching for the “next big thing” and then forcing it to work, try finding the “next big place” that has solid fundamentals behind it. As much as I hate politicians, I feel that the hatred of bureaucracy in the United States has fallen over into hatred of any institution whatsoever.

Open a restaurant in Cambodia and I assure you no one will be trying to put you out of business with “peer-to-peer dinner parties”.