What happens if the US government goes bankrupt?

The Thai government’s 38% debt-to-GDP ratio looks like drastic fiscal prudence compared to the nearly 110% in the United States.

For Southeast Asia, Thailand is quite the a rabid spender. Places like Cambodia have been decreasing, rather than increasing, their debt levels. In just three hours, you could be in Hong Kong, where the debt-to-GDP number is barely 3%. And Singapore has no net debt.

One question I get asked is: “What happens when the US government goes bankrupt?” 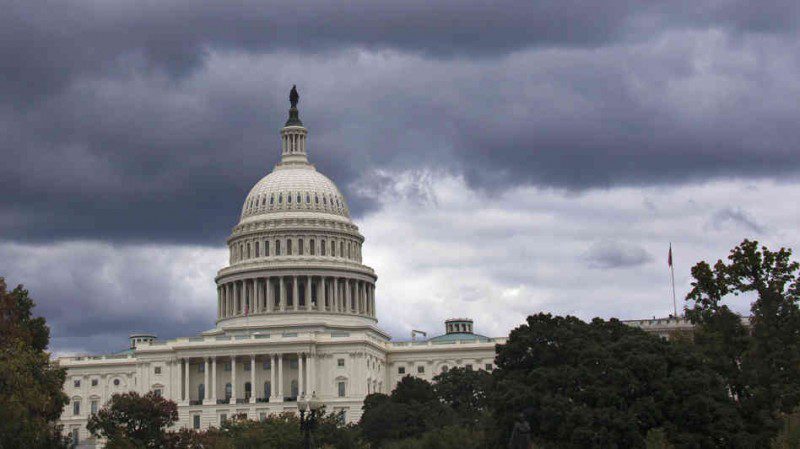 What happens if the US government goes bankrupt?: Just imagine none of the fiscal malfeasance and attacks on freedom taking place in this building every day, and you’ll feel a lot better.

First of all, what’s to say it’s not already? By any measure the US government would apply to the evil private sector, it is. A close friend of mine used to work for a company that has been put into receivership by a federal judge, despite paying its taxes, its vendors, and its employees.

However, the government was worried the company wouldn’t be able to pay fines the feds are trying to uphold against it. Who cares about creating or keeping good-paying jobs when some three-letter agency needs to steal money from your business? So much for the lie of “job creation” from politicians.

You see, by government standards, nothing they ever do is wrong. Bernie Madoff is a crook who stole billions of dollars from (for the most part) innocent people, using a scheme of paying early investors with later investors’ money.

By any rational measure, Social Security and other government “safety nets” are the same type of Ponzi Scheme. Take money from your own citizens’ paychecks and give it to people who no longer get paychecks. Rinse and repeat until there’s no money left.

The only difference is the government uses a gun to get you to join their Ponzi scheme. At least Bernie Madoff had to use the free-market approach of playing to human greed.

As someone who lives outside the United States, I don’t have to follow all of the breathless coverage the mainstream media there pumps out. It’s nice to be able to say “Who cares?” and move on to another part of my day. I’ve detached myself from The Land of the Free out of pure convenience.

But here’s what you’ll see when the government shuts down: nothing.

Because the government doesn’t work for you to begin with, you won’t be affected in any significant way. While Obama and his cronies will cry bloody murder and pull the “What about the firefighters” routines that politicians at every level trot out, just look at the services that will be kept and those that will be suspended during the shutdown.

Services that help you, a member of the taxpaying public, will be gone. Services that do nothing for you, like TSA agents groping your crotch at the airport, remain. You’ll even be able to apply for a passport since the fees for that outpace the actual costs of providing them.

Imagine, the government engaging in free enterprise of making a profit. If only they didn’t suck away half of your earnings in taxes, you’d pat them on the back.

Obama’s swan song includes the fact that some 800,000 federal government workers will have their paychecks furloughed. It’s not that they won’t get paid; they’ll just have to wait. Boo-hoo. So what if these people can’t make their mortgage payments? When you work for a criminal enterprise, that’s what happens. Sometimes the bottom falls out.

Nobody is crying that Tony Soprano can’t pay his mortgage after the feds freeze his assets.

My answer to all of it is: go ahead.

If the US government went bankrupt, it would be a bigger, more catastrophic version of what we’re about to see. And from my vantage point, what we’re about to see is reason to pop the champagne and celebrate. Any time you can get away with taking nearly one million federal bureaucrats off the rolls, it’s a happy day.

So what happens if the US government goes bankrupt? More of the same. Perhaps then, TSA workers could be sent packing. Perhaps overseas military bases would have to be closed. Perhaps the US government’s arrogant, world-crushing policy of endless QE would finally come to an end as they had to finally face the music of years of bad decision-making.

People in the US are crying about how they’ll lose this service or that during a government shutdown. An officially bankrupt United States would force tough choices to be made, and I suspect many essential services would have to be taken over by private enterprise. It would be a cleansing experience.

That’s not to say a bankrupt US government wouldn’t have an effect on markets worldwide. The dirty little secret, though, is that the United States is nothing more than a house of cards. There are no fundamentals behind much of anything that goes on there.

Other places around the world, however, do have fundamentals backing their economies. Yes, the period of cleansing would hit the whole world in many respects, but just like in any other free market, those countries with sustainable plans and well-run governments would weather the storm and come ahead stronger.

Just like every second-tier currency got whacked in the global financial crisis – and then came roaring back once investors remembered just how fragile the US dollar is – you’d see a world that would grow like never before with a weakened US government out of the way.

As for Americans, you have nothing to fear. The government never did anything for you. Just like in the sequester, it will maximize your pain anytime it has to trim its budget. All the while, the ridiculous wars and unsustainable welfare spending will continue.

It’s no different than governments protecting their capital above all else. Historically, militaries have been focused on keeping the capital city well-protected, while putting a lot less effort into watching over the hinterlands. Even the military – the one thing even many libertarians would argue against cutting – looks out for the best interest of the ruling class elites first.

So let the US government go bankrupt. Whether you want to join me abroad now or become a new generation of Boat Person, is up to you.